The 95th anniversary of the 1st of July Maritime and Cabotage Day was celebrated with ceremonies held in Antalya.

The 95th anniversary celebrations of the 1st of July Maritime and Cabotage Day started with the laying of a wreath at the Atatürk Monument in Antalya Cumhuriyet Square and the singing of the National Anthem.

A wreath was laid in memory of the Martyrs of the Sea from the Coast Guard boat off the Kaleiçi Ancient Harbor. Breakfast was served to the guests on the Akdeniz University Fisheries research ship.

During the ceremonies, it was stated that the Cabotage Law paved the way for Turkish maritime and the maritime sector has an important place in the world economy.

Maritime sector representatives stated that maritime trade contributes 3% to the Turkish economy and drew attention to the fact that according to the figures of 2020, the world maritime trade has reached 12.54 billion tons. 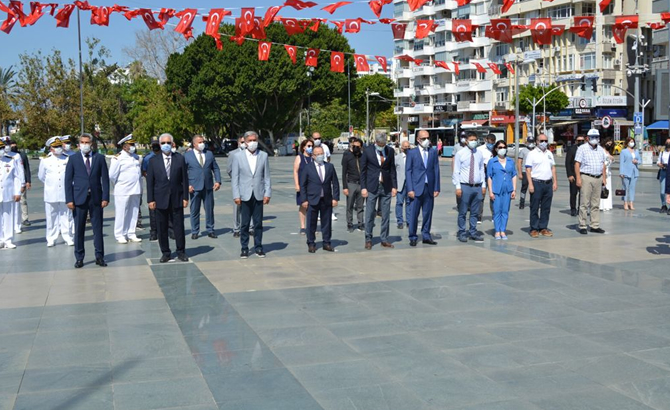