16 boats will carry passengers in Hasankeyf

Hasankeyf Mayor Abdulvahap Kusen stated that a total of 16 boats will carry passengers and said, “Travel routes for the boats have been determined.”

The tender for the boats that will carry passengers in Hasankeyf, the historical district of Batman, was held.

Hasankeyf Mayor Abdulvahap Kusen said that after the tender for 8 boat operation licenses to work between the castle and the museum, they also realized the second boat operation tender.

Pointing out that a total of 16 boats will carry passengers in Hasankeyf, Kusen said:

“The routes of the boats have been determined. 8 boats will organize sightseeing tours between the museum and the castle, and the other 8 boats. Sightseeing tours were designated by local names of Hasankeyf. Except for the licensed boats, other boats will not carry passengers.” 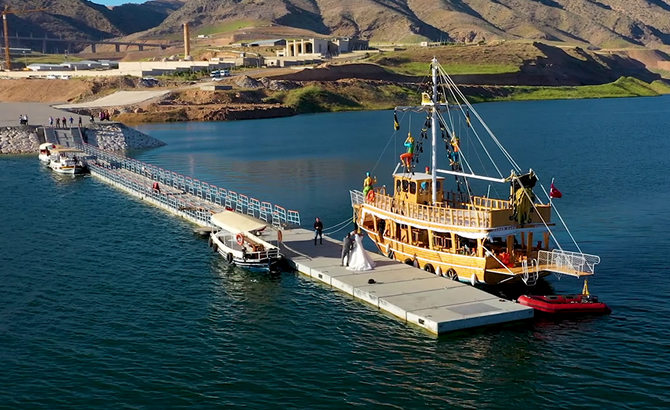