16-meter yacht sat on the rocks in Bodrum

4 people on the yacht, which crashed into the rocks in Bodrum district of Muğla, were rescued by the Coast Guard teams. Rescue work has been started for the 16-meter yacht sitting on the rocks.

The incident occurred off the Akyarlar District. The 16-meter motor yacht crashed into the rocks off Karaincir Bay. With the impact of the collision, 4 people in the yacht, which was sitting on the rocks, survived the accident without injury.

4 people stranded on the yacht asked for help from the Coast Guard teams.

Upon the notification, the Bodrum Coast Guard Command teams went to the region and took 4 people safely to the boat and landed.

Rescue work has been started for the 16-meter yacht sitting on the rocks. 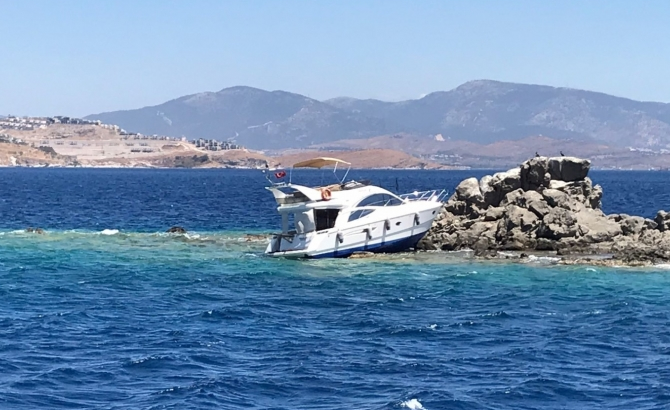 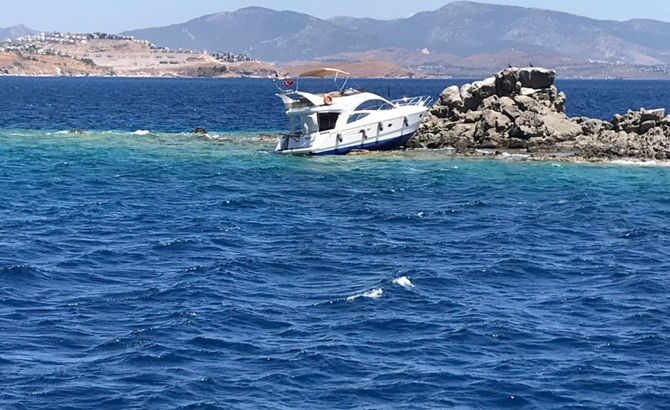