176 kilograms of cocaine seized on a ship in Iskenderun Bay

It was reported that 176.6 kilograms of cocaine was seized on the cargo ship arriving from Mersin Port to İskenderun Port.

While cruising from Mersin Port to İskenderun Port, a foreign-flagged cargo ship was stopped in a controlled manner off the coast of İskenderun and was taken under protection and allowed to approach the port.

During the search on the ship, 176 kilos and 600 grams of cocaine were seized in 161 pieces hidden in the container.

An investigation was launched into the incident while the drugs were confiscated.

It was determined that the drugs were planned to be sent from İskenderun to northern Iraq by road. 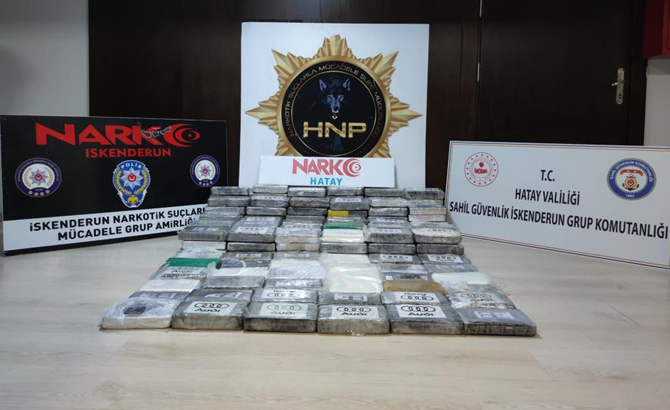