It was learned that 3 sailors, 2 of them Turkish, including the captain of the ship, lost their lives in the accident on the ship Global Lake, which was sailing off the coast of Spain. Akar Deniz Taşımacılık announced that the necessary investigations and investigations regarding the accident were carried out meticulously.

The Liberian-flagged Global Lake, operated by Istanbul-based Akar Deniz Taşımacılık, died while sailing off the coast of Spain, 2 Turkish and 1 Georgian, including the ship’s captain.

It was stated that during the cargo tank control, 4 sailors fainted and immediately intervened and called for emergency help.

Despite the necessary first aid interventions, it was learned that master sailor Mindia Gatenadze, deck boat boatman Hasan Argındoğan and ship captain Ahmet Akdeniz lost their lives. In the statement made by Akar Deniz Transport, kIt was stated that the necessary investigations and researches about it were carried out meticulously.

After the accident, Akar Deniz Taşımacılık ve Ticaret A.Ş. The following statement was made by:

“While the Liberian-flagged ship GLOBAL LAKE, operated by our company, was in the offshore of Spain, during the cargo tank control by the crew, our colleagues, Master Mariner Mindia Gatenadze, Deck Bodybuilder Hasan Argındoğan, Master Mariner Hüseyin Eryılmaz and Ship’s Captain Ahmet Akdeniz, passed out as a result of the other ship’s crew. immediately intervened, an emergency call was made and the necessary first aid interventions were made. Despite all the interventions, we have learned with great sadness that Mindia Gatenadze, Hasan Argındoğan and Ship’s Captain Ahmet Akdeniz lost their lives. Hüseyin Eryılmaz, on the other hand, was injured and taken to the hospital by helicopter, which immediately arrived at the scene, upon the call made from the ship and with the initiatives of our company, and was taken under treatment.

We wish God’s mercy on our personnel who lost their lives in the incident, our condolences to their relatives and the maritime community, and a speedy recovery to our injured personnel. We respectfully inform you that we stand by our colleagues and their families during this painful process, and that we have provided and will continue to provide all necessary support.” 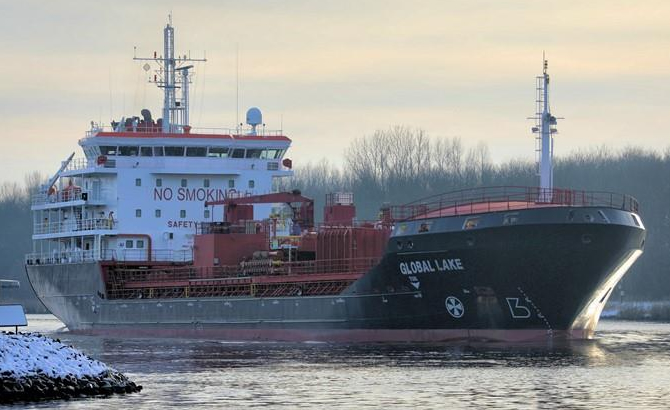