35 irregular migrants rescued off the coast of Kuşadası

According to the information received, the Coast Guard Command, which received a group of irregular immigrants in a rubber boat off the coast of Kuşadası district, moved to the region.

35 irregular migrants in rubber boats pushed back into Turkish territorial waters by Greek elements by the commissioned Coast Guard Boat were rescued.

The immigrants who were taken ashore were handed over to the Provincial Immigration Administration officials after a health check. 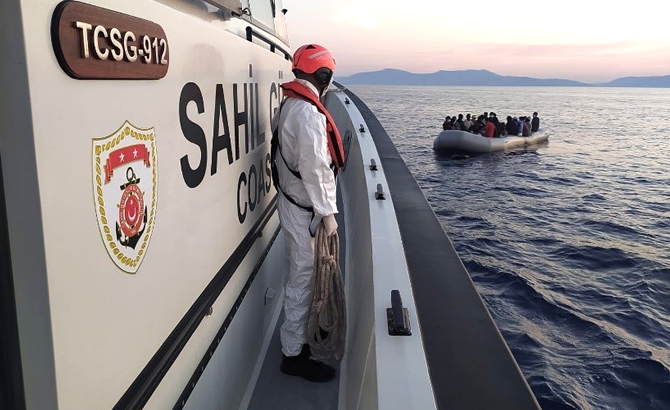