It was stated that the fire in the catamaran named Magnum Opus in the port of the touristic city of Lefkada in Greece could not be extinguished and the yachts and boats in the port were evacuated.

The fire that broke out on the Magnum Opus catamaran in Lefkada Port, the touristic city of Greece, created fear.

Dozens of boats in the port were evacuated after it was reported that the fuel tank on the 18-meter-long, 7-meter-wide catamaran was full.

Then, the catamaran was pulled out of the port in the fire, where the fire extinguishing boats intervened.

It was stated that the work of extinguishing the completely burning yacht, which is stated to belong to a British couple, continues. 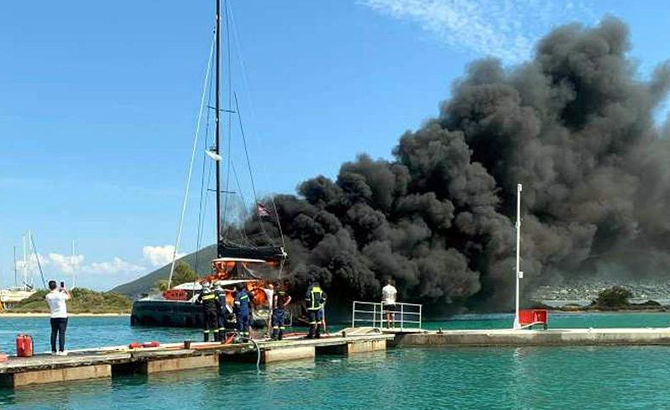