It has been announced that the 300 TEU container ship AV Zhi Fei, built by China, will enter service on the short sea route between Dongjiakou and Qingdao next month.

With a length of 117 meters and a speed of 12 knots, the AV Zhi Fei was developed by Navigation Brilliance (Qingdao) Technology in collaboration with Dalian, Maritime University and China Waterborne Transport Research Institute.

Navigation Brilliance previously conducted autonomous trials with a smaller vessel, the Zhi Teng, to test the navigation technology. If Zhi Fei is successful, it is planned to order larger autonomous container ships in the 500 to 800 TEU range.

Also in China, Yunzhou Tech has partnered with Zhuhai Port Shipping to develop a fleet of unmanned cargo vessels primarily for river and coastal cargo transportation.

In Norway, the autonomous container ship with a capacity of 120 TEU is expected to operate between Herøya and Brevik ports in the last quarter of the year.

The Nippon Foundation also supports the development of autonomous ships with the goal of eliminating 50 percent of Japan’s domestic fleet by 2040. As part of this program, shipping company Nippon Yusen Kaisha (NYK) will conduct trials in February 2022. 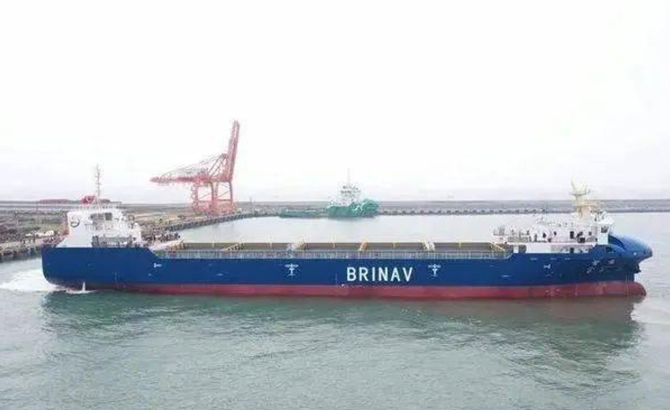