Coastal Police carried out a ‘Respect Watch’ in the Bosphorus

The General Directorate of Coastal Safety held a water show in the Bosphorus with the participation of 8 ships in memory of the martyrs and veterans on the 5th anniversary of the July 15 coup attempt.

A series of programs were held by the General Directorate of Coastal Safety on the occasion of the 5th anniversary of the 15 July Democracy and National Unity Day.

8 sea vehicles, including 3 fast rescue boats, 3 rhib boats and 2 tugboats, were present in the show of respect attended by the veterans who served in the establishment of the Coastal Safety and the relatives of those who were martyred in the terror and July 15 coup attempt.

IN MEMORY OF MARTYRS AND VETERS

The boats, which participated in the respect process organized in memory of martyrs and veterans and started off Beylerbeyi, proceeded parallel to the Anatolian side coastline until Fatih Sultan Mehmet Bridge.

SHOW IN THE STRAITS WATERS

Vehicles traveling in the direction of Beşiktaş, parallel to the European side coastline under the bridge, performed a water show in front of Ortaköy Square.

Later, the watercraft departing from here to Üsküdar offshore, and the water show in front of Üsküdar Square were viewed from the air. 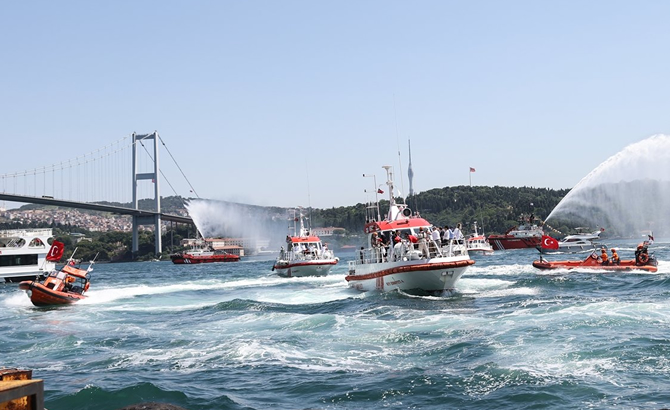 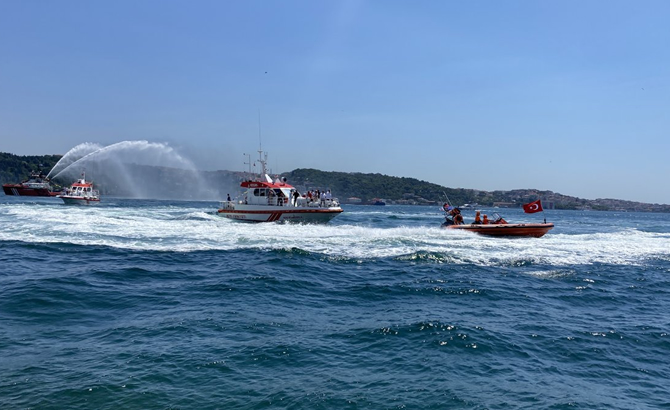 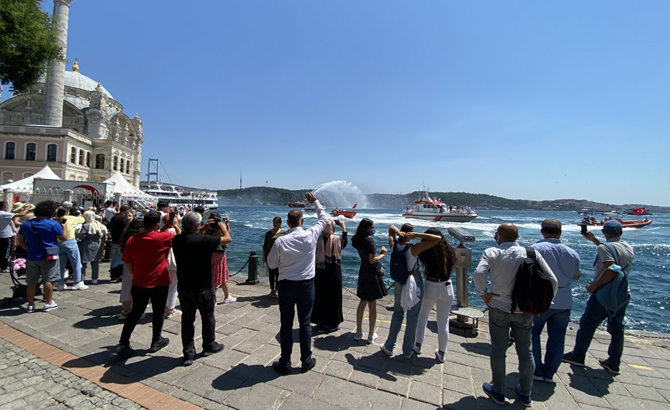 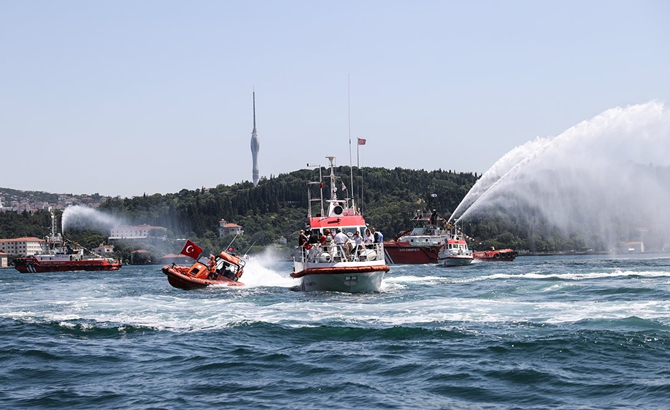 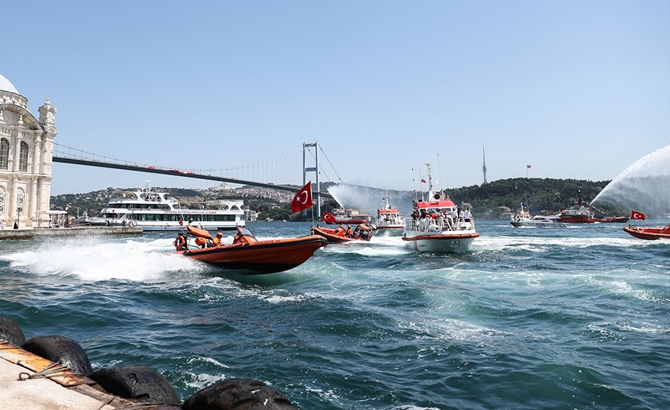 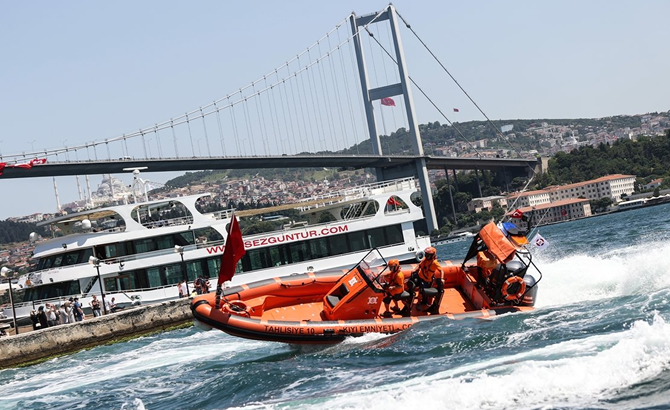 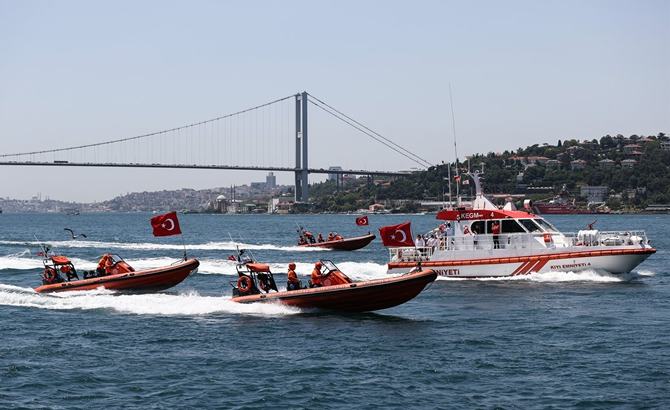