2001 and 2011 graduates who graduated from Dokuz Eylül University Maritime Faculty 20 and 10 years ago met online with the students who will graduate this year at the “Traditional Alumni Day Event” of the faculty.

Graduates of 2001 and 2011 who graduated from Dokuz Eylul University (DEU) Maritime Faculty 10 and 20 years ago met with students who expect to graduate very soon and will graduate in 2021.

The Alumni Day Event, which is traditionally organized every year in cooperation with Dokuz Eylul University Maritime Faculty and the Faculty’s Alumni Association DEFMED, was held this year with the participation of a total of 45 graduates from all over Turkey and the world.

At the ceremony, DEFMED Chairman of the Board Orçun Erbayraktar and DEU Maritime Faculty Acting Dean Prof. Dr. Durmuş Ali Deveci made an opening speech.

Erbayraktar, in his speech, stated that as DEFMED, they have always supported the faculty from which they graduated from the past to the present, and that they aim to strengthen the awareness and spirit of unity, solidarity, solidarity among alumni and between graduates and students with the various activities they organize.

Deputy Dean of the Maritime Faculty Prof. Dr. Durmuş Ali Deveci started his speech by congratulating all 20th and 10th year graduates who attended the ceremony but could not attend due to their excuses, and thanked DEFMED head Orçun Erbayraktar for his facilitating role in the realization of this event and his support and contributions to the Faculty.

The organization of the School’s Traditional Alumni Day Event was first organized in 2003 by the Founding Dean of the Faculty, Prof. Dr. Stating that it was started by Güldem Cerit and continued from that year until today, Prof. Dr. Durmuş Ali Deveci stated that such activities have a very important role in strengthening the relations and bonds between students and graduates, graduates and the Faculty, and in reinforcing the sense of corporate belonging.

In this year’s Alumni Day Event, Deveci attended the Faculty’s Maritime Business Management and Maritime Transportation Management Engineering Department and completed the 20th and 10th years, as well as the graduates of the Marine Engineering Department, who graduated in 2011, on the 10th anniversary of their graduation. He stated that they participated for the first time as they completed their th year.

Drawing attention to the growing maritime family phenomenon, Deveci said that Logistics Management graduates are in line to complete their 10th year.

Deveci stated that the faculty is developing rapidly with each passing day and concluded his speech by briefly summarizing these developments.

The 2001 and 2011 graduates who participated in the event introduced themselves to the new graduates and shared their experiences and made recommendations. The event, where pleasant moments and pleasant conversations were held, ended after the students who were waiting to graduate in 2021 thanked the graduates. 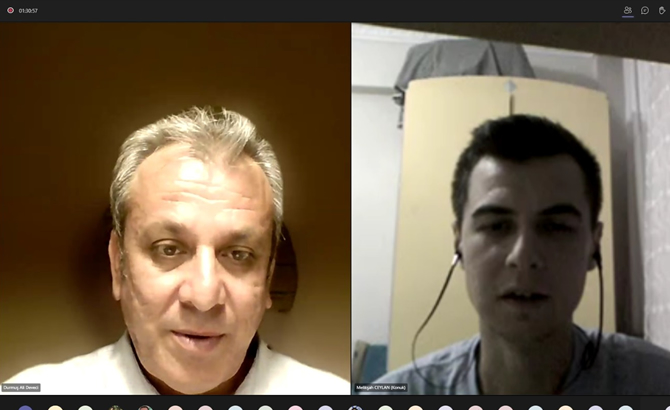 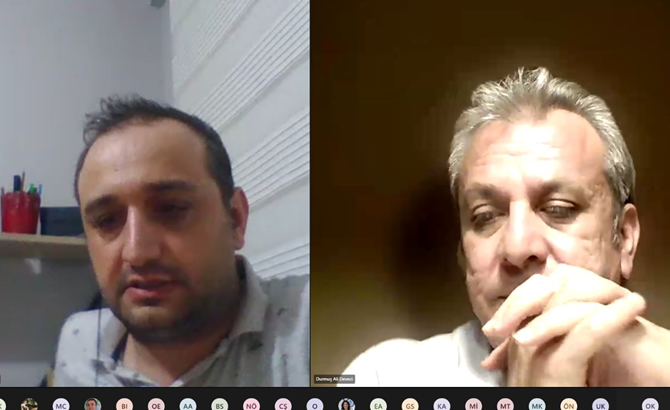 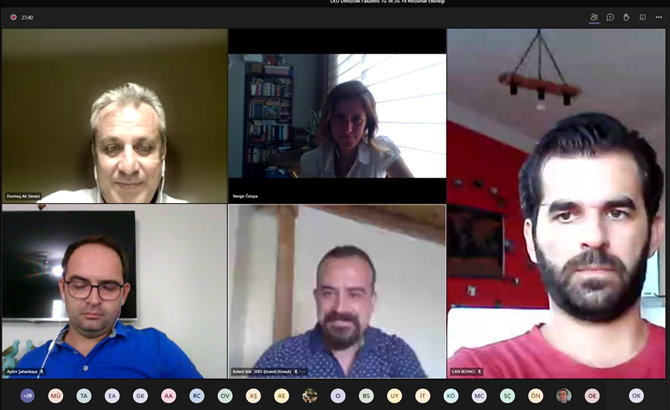