The Marmara Sea, which is unique in the world, is trying to breathe because of mucilage or sea saliva caused by pollution and environmental problems that have been ignored for many years. The subject was discussed in all its aspects at the “Environmental Threats and Marine Pollution in the Sea of ​​Marmara” workshop organized by the Marmara Islands Platform, which was not indifferent to the silent cry of Marmara, with the participation of important names.

The need for an inclusive civil platform and transparency was emphasized in the workshop, where the deep-rooted causes and solutions to the problems that emerged with mucilage, which scientists had warned about before, were revealed.

Bringing together the associations operating in the Marmara Islands under the same roof, the Marmara Islands Platform organized an online workshop titled “Environmental Threats and Marine Pollution in the Marmara Sea”. It was emphasized that for the future of the Sea of ​​Marmara, an urgent action should be taken with a broad participation of all parties and measures should be taken to put an end to the pollution in the sea by listening to the voice of science.

The first session of the “Environmental Threats and Marine Pollution in the Marmara Sea” workshop titled “Protection Areas for the Sustainable Marmara Sea” was attended by TUDAV Turkish Marine Research Foundation President and Istanbul University Faculty Member Prof. Dr. It was moderated by Bayram Öztürk. Kocaeli University Faculty Member Assoc. Dr. Halim Aytekin Ergül, Istanbul University Faculty Member Dr. In the first session, where Taner Yıldız and the President of the Marine Life Conservation Association Volkan Narcı were the speakers; Issues such as the determination of the entire Sea of ​​Marmara as a protected area and the measures to be taken for effective protection were discussed.

TUDAV President Prof. Dr. Bayram Öztürk stated that the islands, which are stepping stones in the migration routes of fish, are important because they are habitats as well as biological corridors. He said that Marmara, which is a relatively young sea, urgently needs to be protected.

Noting that the results such as mucilage, foam, sludge, increase in nutrient salts, increase in foreign species, which have a large-scale effect in the Sea of ​​Marmara, are the indicators of a great eco-destruction, if urgent measures are not taken and decisive action is not taken, the effects of this eco-destruction, especially in the Aegean Sea It is stated that it will also be seen in the Black Sea and other marine systems.

In this part of the workshop, the issue of the consumption of the resources of the Marmara Sea through pollution was shared with scientific data. The necessity of immediately abandoning the use of the sea as a receiving environment was emphasized and measures to be taken, especially waste control, which is one of the most important problems, were put forward.

MEASURES TO SAVE THE SEA OF MARMARA

Attention was also drawn to the issue of domestic waste, which is seen as one of the biggest problems polluting the Sea of ​​Marmara. Although most municipalities have treatment systems, these systems mostly use old technology and are not sufficient; As an emergency measure, municipalities need nitrogen, phosphorus, etc. It was pointed out that they should establish advanced biological waste systems that can decompose substances. It was stated that all municipalities of the Marmara Region needed to be organized as soon as possible by acting in partnership with the relevant institutions.

It was stated that the rainwater drainage channels, which are under the responsibility and control of local governments, should be improved and prevented from appearing as an additional pollution element.

Among the measures that can be taken, each individual should be conscious of the wastes thrown into the nature and start to separate their wastes at home.

It was also stated that coastal structures prevented the mucilage from being thrown ashore and caused it to remain in the sea. In the Marmara Region, the environmental effects of large projects, industrial facilities (coastal embankments, excavation dumping into the Marmara Sea, submarine transportation projects, thermal power plant and Canal Istanbul, etc.) that damage the marine systems and underground waters are not clearly revealed using scientific methods. Emphasis was also placed on not starting the construction or putting them into operation before an agreement was reached.

A MANAGEMENT MECHANISM MUST BE ESTABLISHED ON PROTECTED AREAS

Protected Areas formed one of the main topics discussed at the “Environmental Threats and Marine Pollution in the Marmara Sea” workshop. It was said that the monitoring and management of protected areas that are not at the desired level in our country, although widespread in the world, are also important. Volkan Narcı, President of the Marine Life Conservation Association, also gave information about the works they carry out on Tavşan Island, which was declared a Protected Area in April.

It was emphasized that the existence of a sustainable marine ecosystem, the continuation of biological diversity, fish breeding areas and regions dominated by posidonia meadows should be defined and declared as protected areas.

During the process of declaration of protected areas, it was emphasized that all parties (NGOs, professional organizations, the public, fishermen) came together to discuss the issue and then prepared a joint statement and presented it to the decision makers for evaluation. In addition, the importance of the control and follow-up of protected areas was mentioned, and it was stated that a management center should be established for this and working with municipalities would be of great benefit.

The Role of Non-Governmental Organizations in raising public awareness and in the Marmara Sea Action Plan, which was also underlined in the final declaration of the workshop, was discussed extensively in the second session.

One of the speakers of the second session, Marmara Islands Platform Member Hüseyin Semerci, in his speech stating that there is a need for a wide and inclusive civil platform, said that the solution is possible with a transparent management approach in which civil society is included in the process. Making a call to all non-governmental organizations on behalf of the Marmara Islands Platform, Semerci said, “This way, we can protect our Marmara Sea and our islands. We will protect our sea,” he said.

There is a need for a large, inclusive, non-governmental platform where environmental, cultural, local and all kinds of non-governmental organizations, including sectoral non-governmental organizations, inspect, question, produce and share information, and that a Coordination Board and a Science Board should be established under this platform. stated needed. In addition, the importance of transparently sharing the decisions taken by the Scientific Committee established within the Union of Marmara Municipalities with the public by a spokesperson to be determined from within the Scientific Committee was mentioned.

Marmara Island Gündoğdu Village Development and Beautification Association President Nevzat Ekmekçi stated that especially the health effects of fish consumption and swimming should be shared with the public in a transparent manner by the Ministry of Agriculture and the Ministry of Environment, otherwise the disinformation in the media put both sector representatives in a difficult situation.

Fishing was also one of the important topics discussed at the Marmara Islands Platform workshop. Compliance with the fishing rules and prohibitions in the Sea of ​​Marmara has a very important role in the protection of the ecosystem; In this context, it was stated that industry, tourism and especially fishing activities, which are the main source of income for coastal settlements and island people, should be done by prioritizing the ecosystem. It was underlined that the existing “Fishing Quota System” should be revised and actively implemented in order to preserve biodiversity in a healthy way. 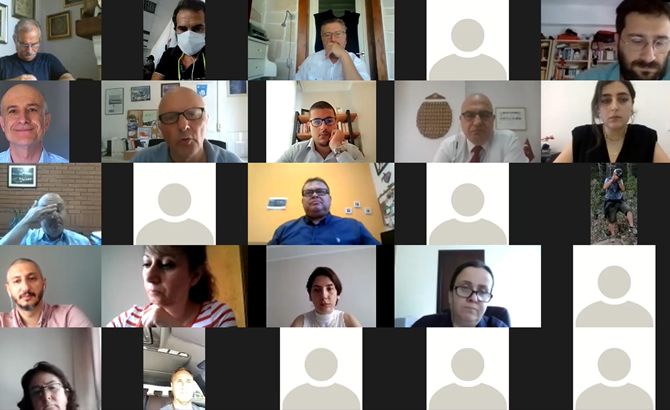 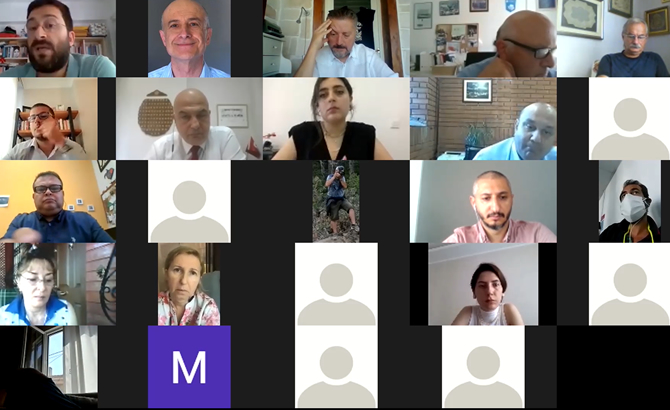