Fire broke out on luxury motor yacht in Göcek Bay

While the fire on the luxury motor yacht in Fethiye district of Muğla was extinguished by the crews, material damage occurred on the yacht.

The fire occurred on a luxury motor yacht off the coast of Göcek Bay. According to the information obtained, a fire broke out on the motor yacht for an unknown reason.

Citizens who noticed the flames reported the situation to the 112 Emergency Call Center. Upon the notification, Coast Guard teams were dispatched to the region with the KIYEM-5 boat belonging to the General Directorate of Coastal Safety.

The fire was extinguished in a short time with the intervention of the teams who came to the scene. The motor yacht, which suffered material damage, was towed to Göcek D-Marin.

The investigation into the incident is ongoing. 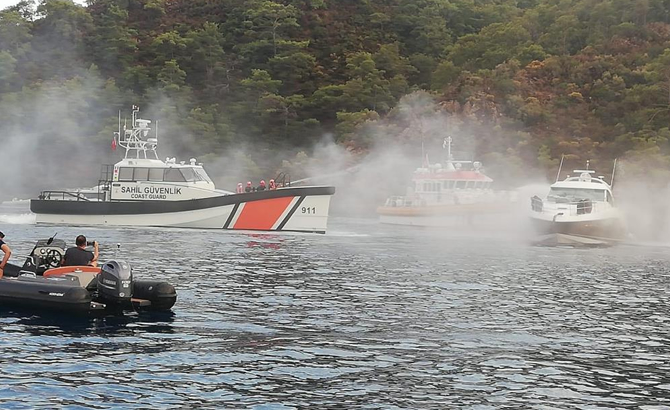