Efforts are continuing to extinguish the forest fire that started on the Greek island of Samos with the intervention of helicopters and planes from the air, and firefighters and sprinklers from the land.

On the island of Samos, one of the largest touristic islands on the Aegean coast of Greece, a forest fire started at noon today near the village of Vourliotes in the Avlakia region.

In addition to aircraft and helicopters, the fire continues to be intervened by land.

The fire, which started in a region close to the seaside, is broadcast live with mobile phones taken by the local people.

More than 22 firefighters aided by three helicopters and three air tankers were battling a wildfire on the eastern Aegean island of Samos on Thursday evening.

Kokkari, a village along the island’s northern coastline which is popular with foreign tourists, was evacuated as a precaution as the fire spread from a forested area near the village of Vourliotes located on Mt. Ambelos.

Winds in the area were blowing 3-5 on the Beaufort scale.

Firefighters on the eastern Aegean island of Samos were battling with a wildfire for a second day Friday as reinforcements began to arrive.

​​More than 100 firefighters, seven ground teams, and volunteers were fighting the flames, while five water-dropping planes and six helicopters were deployed to assist from the air.

Another 52 firefighters and 22 fire engines were expected to arrive Friday on a boat from Piraeus.

Firefighters were on Friday combating the fire on at least three fronts, near the villages of Kokkari, Vourliotes and Mytilinioi.

Local residents were told to be on standby for an immediate evacuation via a text message through the 112 EU emergency number late on Thursday.

Also on Thursday, authorities evacuated homes and hotels in the seaside village of Kokkari, around 10km from the island’s capital Vathy. 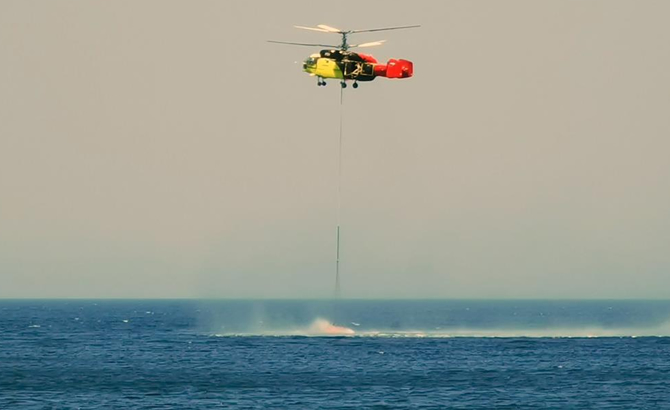 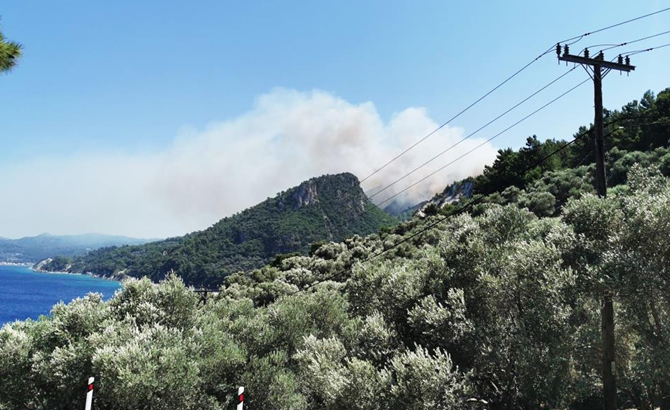 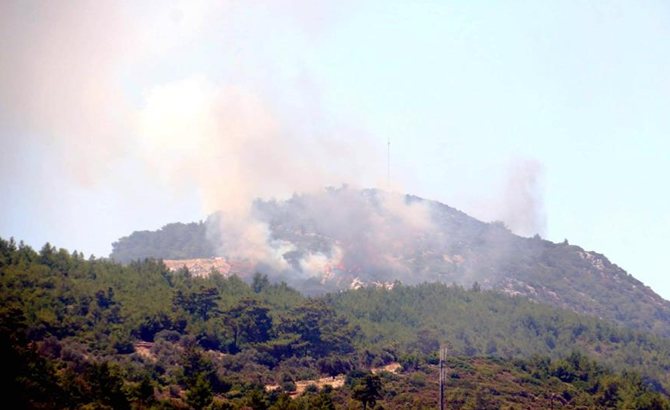