The Israeli Navy took delivery of the last ship of the Sa’ar 6 class, Nitzachon, built in Germany in cooperation with Thyssenkrupp Marine Systems and Kiel Shipyard.

The last ship delivered to the Israeli Navy by German Thyssenkrupp Marine Systems arrived at Hafya Port after a 2-week cruise.

The Chief of Staff of the Israel Defense Forces, Lieutenant General Aviv Kochavi, also attended the ceremony. Deliveries have been completed for the Magen delivered in November 2020, and the Oz and Nitzachon delivered in 2021, as well as the Sa’ar 6 class consisting of 4 ships.

A contract worth $450 million was signed in 2015 for the construction of four Sa’ar 6 class corvettes. A ceremony was held in July 2021 for the arrival of the third ship, Atzmaut, to Hafya Port.

The first 2 corvettes, Magen and Oz, received by the Israeli Navy, continue to be equipped with Israeli systems, including combat systems, before acceptance activities.

4 ships were built in cooperation with Thyssenkrupp Marine Systems and Kiel Shipyard. Germany pays 1/3 of the amount of the shipbuilding contract (as in Dolphin II class submarines). After the ships are built in Germany and delivered to the Israeli Navy, the integration of radar, electronics and weapon systems will be carried out in Israel.

According to the news of Defense Turk, the Sa’ar 6 class corvettes, which are expected to form the backbone of the Israeli Navy for the next 30 years, stand out with their air defense-oriented designs. The corvettes, which will have a displacement of 1900 tons and a CODAD propulsion system (2x Diesel), will be able to reach a maximum speed of 26 knots and a range of 4000 km. 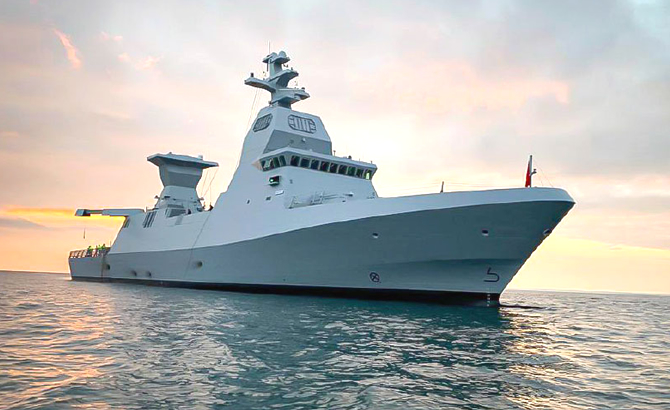