‘Kiveli’ and ‘Afina I’ ships clash in Greece

It was learned that the ships named Kiveli and Afina I clashed about 10 miles west of Kithira Island in Greece. After the accident, it was reported that the ships were moved to a safe bay between Elafonisos and Neapoli Voion, accompanied by a tug named Apollon.

The ships named Kiveli and Afina I clashed as they sailed in the opposite direction, about 10 miles west of the Greek island of Kythera. The photos taken show Kiveli’s bow making contact with Afina I’s board. It was stated that the ships remained in contact after the clash.

According to the Greek Coast Guard’s Joint Search and Rescue Coordination Center, the conflict resulted in both ships flooding, but no leakage occurred. It was reported that the crews of the ships were not harmed.

4 patrol boats and a pollution response boat were sent to the scene.

It has been announced that a private rescue company named Lyboussakis Salvage & Towage has been contracted to ensure the safety of the ships.

According to AIS tracking, both ships were moved to a safe bay between Elafonisos and Neapoli Voion, accompanied by the tug Apollon. 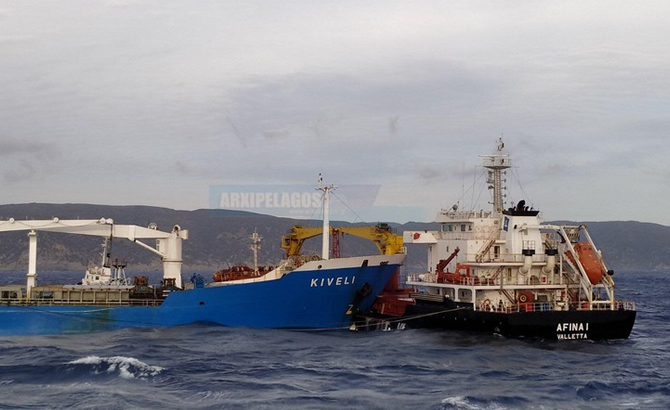 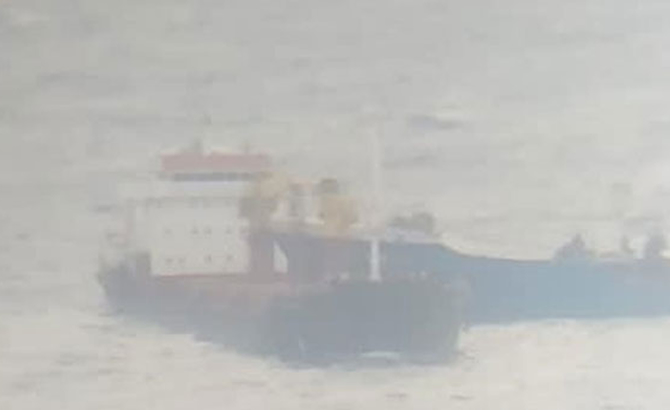 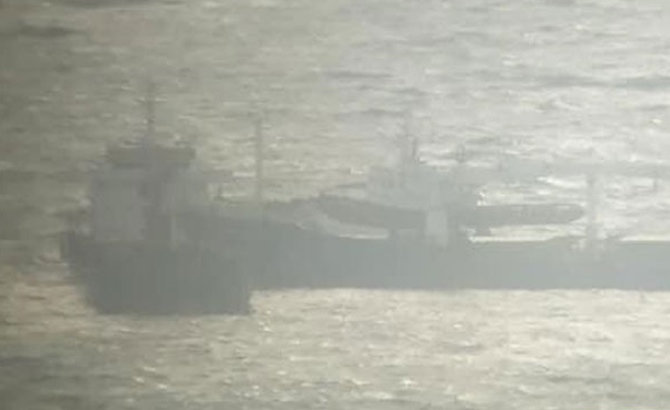