Especially, the coastline called ‘Uzunkum’ between Hagia Sophia and Beşirli is the most popular in the city these days, and the view of the beach that emerged after 40-50 years surprised those who saw it.

Making evaluations on the subject, Chairman of the Association for the Protection of Natural and Historical Values ​​of Trabzon, Assoc. Dr. Coşkun Erüz stated that the image that emerged after 40-50 years is not a natural beach, but an artificial beach, “Of course, the original nature is not the original coast, but this is a good example that shows us what the Trabzon coast was like 40-50 years ago.” .

Noting that there is a beach on the Hagia Sophia coast right now, Erüz said, “It is really a pity to call this place nostalgia, but until the 1970s-1975 in Trabzon, all the coasts from the west to the east of the city, except for Ganita, consisted of sandy beaches for about 3-4 kilometers. Trabzon coast was an ancient city consisting of natural beaches and meeting with the sea. The beach of this place used to be hit by the waves of the sea in the past to the bottom of the block rock where the Hagia Sophia Mosque is located. Currently, the coast in Trabzon has been filled from the natural coastline of minimum 50 and maximum 500 meters, that is, from the natural state of the coast, towards the sea. Trabzon has now been shifted towards the sea, at least 50 to 500 meters further from its natural shores. Therefore, it is out of question to talk about any natural beach on the city shores of Trabzon. Currently, there is a beach formation on the Hagia Sophia coast. This is not a natural beach, it is an artificial beach. For the formation of a natural beach, we call the coasts formed as a result of natural erosion in the geography, that is, erosion by waves and other effects, transportation from streams, floods, and finally the transportation of those materials along the coast by currents and waves. The beach formed here is the main source of the Akyazı filling area, that is, the filling area of ​​the current stadium and the hospital, and the materials spilled into the sea in the Gülcemal filling area, which is still being filled. Since 10 percent of these materials, and 70-80% if they are on the coast, were carried towards the sea by the effect of waves, the material, whose fine material is clay, was carried into the sea by the sea. The coarse sand and gravel were carried to the shores and spread along the shore. Yes, this beach was formed here, if that fill continues, it will continue to form. However, after the filling is completed, the beach will continue to be pulled towards the east by the effect of the waves.

“An OPPORTUNITY FOR TRABZON”

Pointing out that this formation is an opportunity for Trabzon, Erüz said, “When Gülcemal was planned, we suggested the following as the Faculty of Marine Sciences; If a certain part of Gülcemal can be created by artificial beaches in the open part of the sea, the wave that we call the open sea fortification, before it reaches the shore, it can create a calm water mass on the shore, this beach will be permanent. At this time, in fact, nature itself began to form the beach of artificial feeding. If the fillers contribute to this, the sea will form a natural beach here. The beach we proposed has actually started to form naturally between Hagia Sophia and Faroz. If our municipality can fortify the open sea, a permanent natural beach can be created here. In fact, this is an opportunity for Trabzon and a very good indicator that nature can actually do this. Because this material, which is carried by the currents and wave energy along the coast, if the material spilled into Gülcemal from behind ends, the material here will continue to be transported and go eastward, and this place will be emptied again. You will not be able to see a beach here during a heavy storm. If we want this beach to stay here, we can create a system that will protect the beach in some way, together with the open sea fortification, and give Trabzon a permanent beach. While doing this, we also need to take the sewage systems that we discharge from the coasts to the treatment system or the collector system as soon as possible and remove them from this region and work towards ensuring that the sea water on the beach is of a quality that can be swim.

Noting that this is an exemplary work, Erüz said, “This is an exemplary work, a very good indicator of nature’s renewing itself. Of course, the original nature is not the original coast, but this is a good example that shows us what the coast of Trabzon was like 40-50 years ago. This is not a natural thing, it is a beach formed by the erosion of the spilled excavation, but it can be permanent if we protect it, but it is a beach that can disappear if we do not protect it. 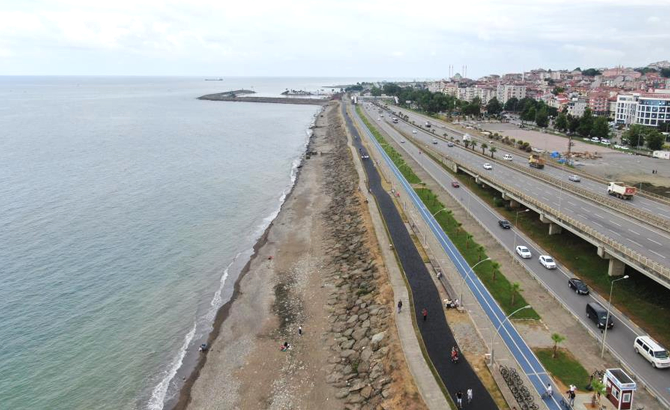 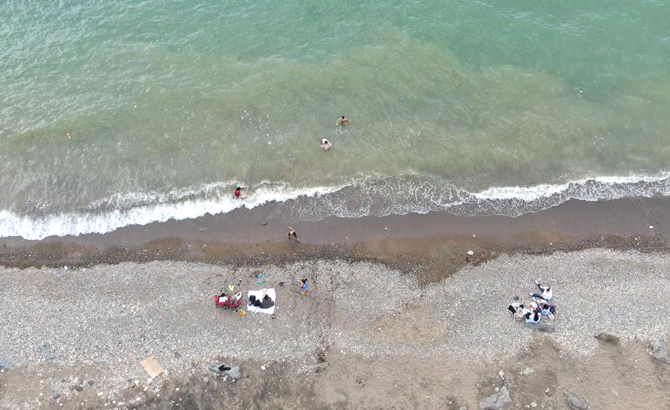 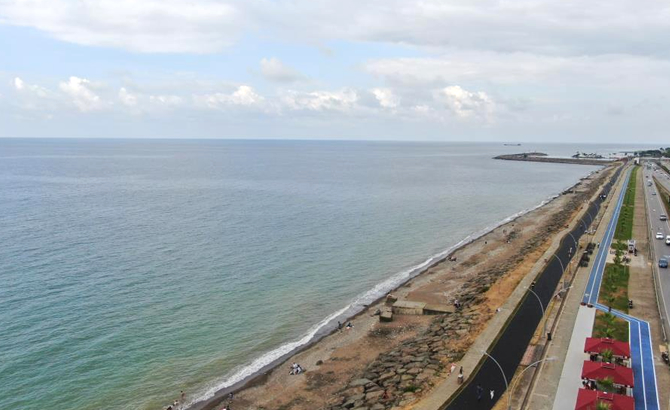 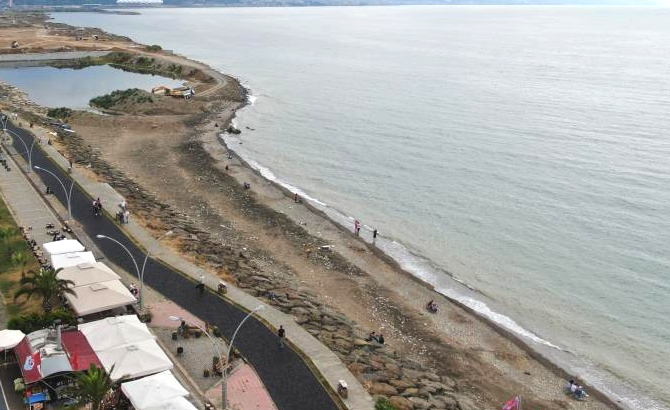