It was learned that the Norwegian flagged LPG tanker CLIPPER VENUS had a machine malfunction in the Sea of ​​Marmara. The ship was pulled to Ahırkapı by the Rescue 7 tugboat belonging to the General Directorate of Coastal Safety, which reached the region after the incident.

The 199-meter-long Norwegian flagged CLIPPER VENUS LPG tanker, sailing from Morocco to Ukraine, had a machine failure in the Marmara Sea.

After the incident, the Rescue 7 tugboat belonging to the General Directorate of Coastal Safety was sent to the region immediately. The ship, which was secured by the rescue 7 tugboat, was towed to the Ahırkapı anchorage area.

In the statement made on Twitter, the social media account of the General Directorate of Coastal Security, the following statements were made:

“The Norwegian flagged CLIPPER VENUS, which sailed from Morocco to Ukraine in empty state and had a machine failure in the Sea of ​​Marmara, with a length of 199 meters, was secured by the Tugboat of RESCUE 7 and towed to Ahırkapı anchorage area.” 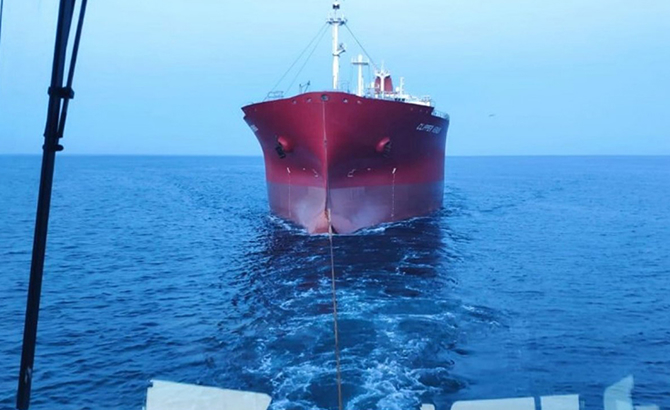