Four months after the fishing vessel Nicola Faith went missing with all hands off the coast of Wales, the U.K.’s Marine Accident Investigation Branch confirmed that the vessel was recovered in a unique salvage operation. The effort was undertaken after the families of the three lost crew members arranged for a private search to confirm the identity of the vessel on the seafloor. The MAIB said recovery and analysis of the vessel would help to provide answers to the question of why the fishing vessel was lost.

The vessel departed from Conwy, on the north coast of Wales, on January 27 and was believed to be out to set lobster pots. The vessel was not heard from and the MAIB was alerted to an overdue vessel, prompting the SAR operations. Seven RNLI lifeboats and three HM Coastguard teams searched an area measuring more than 400 square miles but reported no sign of the vessel of its three missing crew members.

In March, an inflatable lifeboat from the vessel was found more than 100 miles away. The bodies of the three missing crew, Captain Carl McGrath, Ross Ballantine, and Alan Minard, were recovered on the shoreline. Only in March did the MAIB locate the sunken vessel less than 100 meters from its last known location and after an initial survey, private searchers were brought in to confirm the identity of the ship. Divers photographed and surveyed the Nicola Faith with the information supplied to the MAIB.

In the first stages of the recovery operation, a remotely operated vehicle was used to conduct a final survey of Nicola Faith on the seabed. Evidence including fishing equipment and outlying debris was mapped and collected from the area around the vessel. MAIB said it believes this information will help the team to understand what led the vessel to capsize.

In preparation for the recovery, anchors were set, and salvage pumps were used to remove a large quantity of seawater from the vessel. The Nicola Faith, which weighed 11 tons was raised using a crane barge capable of lifting up to 150 tons from a depth of 140 feet.

“This operation needed to be meticulously planned and executed to ensure that valuable evidence was conserved,” said Chief Inspector of Marine Accidents, Captain Andrew Moll. “The purpose of our investigation is to improve safety. The next phase of the investigation will be to establish what events led to the vessel’s capsize, the mechanics of how the vessel sunk, and why. Once the investigation is complete, a report which details the findings will be prepared and published.”

After the vessel was brought to the surface, it was placed on the deck of an adjacent ship. The Nicola Faith is being moved to a specially adapted location where it will be housed until the investigation is complete. Once it has been secured, the families of the crew will have an opportunity to view the vessel. 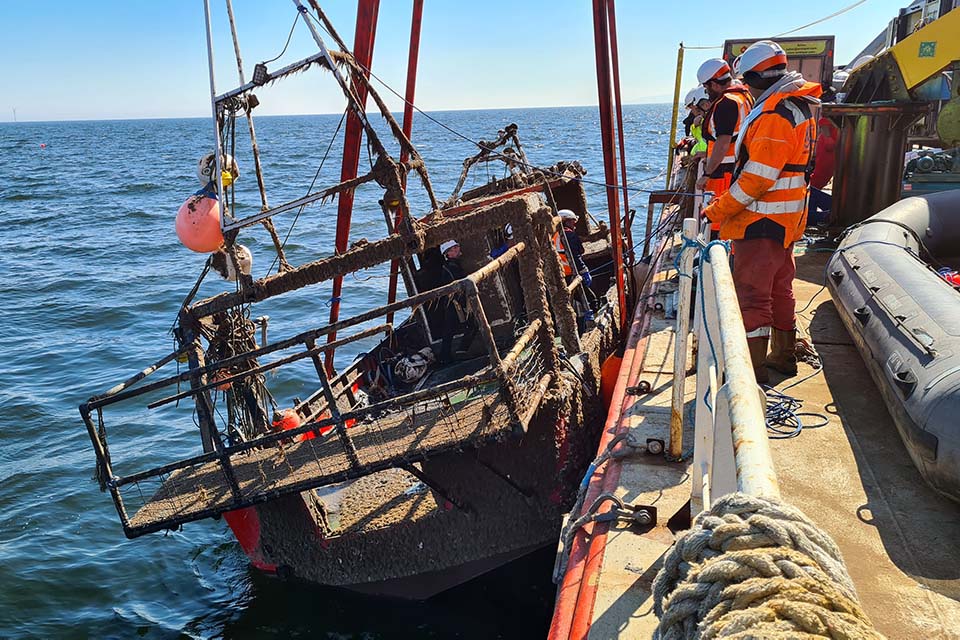 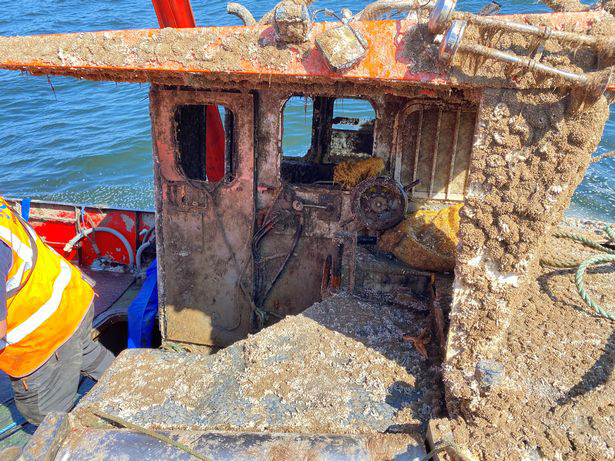