Efforts are accelerating in order for Turkish ports to get a share from the global cruise tourism, which has been mobilized with vaccination. Yusuf Öztürk, Chairman of the Board of Directors of IMEAK DTO İzmir Branch, stated that they will come together with the largest companies in the cruise industry at the Seatrade Cruise Global Fair.

Promotional activities continue to attract giant cruise ships to our country’s ports. IMEAK Chamber of Shipping will attend the Seatrade Cruise Global Fair, which will be opened at Miami Beach Convention Center in Miami, USA, the world’s most important meeting of the cruise industry.

In the organization, which was planned to be held in April but postponed to September 27-30, 2021 due to pandemic measures, Turkish ports will be promoted at the stand of the Turkish Tourism Promotion and Development Agency.

Yusuf Öztürk, Chairman of the IMEAK Chamber of Shipping İzmir Branch, stated that they will meet with the world’s largest cruise operators at the fair in Miami and said, “We will hold talks with cruise companies to include our country’s ports in their 2022 programs.”

EXHIBITIONS WILL GROW TO THE PUBLIC

Stating that global cruise tourism was preferred by 28 million passengers before the pandemic and reached a size of 35 billion dollars, Öztürk said that the industry went to a sudden stop in 2020 due to the Covid-19 global epidemic, and many ships were sent for recycling.

Öztürk said, “In line with the health protocols, the companies made test drives with a small number of ships, a limited number of ports and passengers with the 2021 season. It is expected that more ships will sail from the 2022 season, thanks to the morale and instillation efforts of these voyages. No ship is built to wait in port. We think that depending on the course of the pandemic, voyages will increase and other ships will follow a ship. As IMEAK Chamber of Shipping, we will continue to explain our country’s ports and cruise industry on every platform. We believe that we will see many cruise ships in Turkish ports in the new season, and that the voyages will expand to the public like a stone thrown into the water and include our country’s ports,” he said.

CONTINUE THE PROMOTION WITHOUT A BREAK

Expressing that Turkish ports broke a record with 2 million 240 thousand passengers in 2013, Öztürk said that the number of ships increased to 250 and the number of passengers to 220 thousand in 2018 due to the cruise operators’ orientation to the Far East, especially to China, and the security perception towards the region after the Arab Spring. He said he fell. Stating that the rise that started in 2019 continued until the pandemic, Öztürk stated that the cruise industry quickly adapted to the pandemic conditions.

“As IMEAK Chamber of Shipping Izmir Branch, we have been participating in the Seatrade Cruise Global Fair, the world’s most important cruise platform, held in the USA since 2014. We established important connections as a result of productive bilateral meetings with cruise operators, especially at the 2018 Fair. But due to the pandemic, our expectations did not come true. We will not spoil our morale, we will continue our promotional activities without a break. We regularly participate in the Mediterranean Cruise Ports Association-MedCruise meetings, the world’s largest cruise ports organization, to which IMEAK Chamber of Shipping is a member in 2019. We are contributing to the efforts to develop the sector in the Mediterranean with this organization, which represents 140 ports and 34 corporate members in 31 countries”.

Emphasizing that İzmir has been selected as the best destination in Europe for four consecutive times, Öztürk said, “The flights to İzmir started in 2003 with only 3 thousand passengers. In 2012, we saw 552,000 passengers. Small cruise ships last approached our city in 2017. We hope to see cruise ships in Izmir after a long break with the acceleration of voyages in the Mediterranean and the opening of Istanbul Galataport Port. Ege Ports Kuşadası Port received 650 reservations next year, and MSC Cruise’s announcement that it will start active voyages to Turkey strengthens our optimism. We think that expeditions will accelerate as of 2022 and a strong recovery will be experienced in the following years. We anticipate that İzmir will become an important stopping point with the support of Istanbul Galataport Port, which plans to host three million passengers annually.” 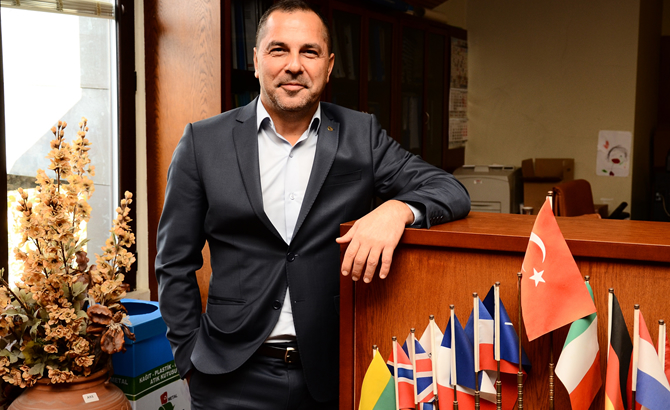 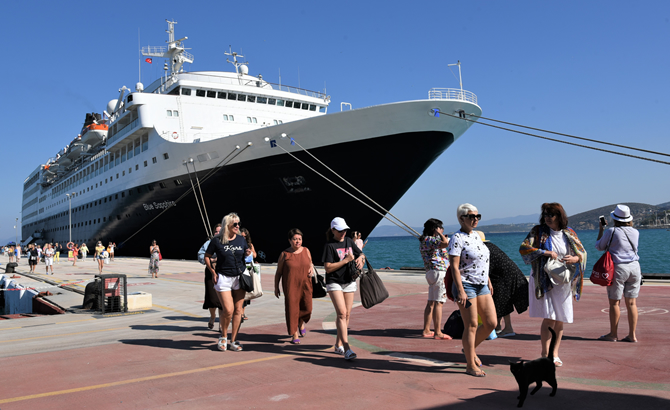