Mucilage has been largely cleared in the Gulf of Izmit

The studies carried out within the scope of combating mucilage in the Gulf of Izmit yielded results. It was observed that Tütünçiftlik Beach, where mucilage was especially intense on May 30, was cleaned to a large extent.

Positive results were obtained from the studies carried out within the scope of combating mucilage in the Gulf of Izmit. After the works carried out by both Kocaeli Metropolitan Municipality and the Ministry of Environment and Urbanization for about 3 months, Tütünçiftlik Beach, which was covered with mucilage on May 30, was largely cleaned.

Ergün Sarıcı, who took a walk on the beach, stated that the beach regained its old appearance after the cleaning works and said, “There was mucilage last month, but the sea is clean now. We come here to visit all the time. It was very busy last month, it was in the open sea, but now it’s cleared. I’ve walked along the coastline and haven’t come across mucilage yet. We thank everyone who contributed,” he said.

Stating that the mucilage was cleaned after the cleaning works, Alaattin Aydın said, “There was a lot of mucilage last month. They came from the Ministry to clean up. There wasn’t much left after they cleaned it anyway. It gradually disappeared. There was also a foul odor, and it disappeared. The beach is now clean. Not only this area, but everywhere along the coastline has been cleaned. We don’t see mucilage,” he said. 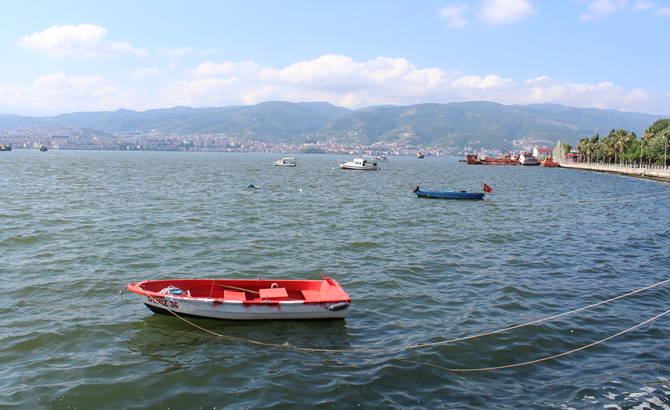