The “Sea Wizard” museum ship and model model began to be exhibited at the Bodrum Maritime Museum, which is affiliated to the Bodrum Municipality. Sea Magic, which preserves its originality with all its components and nearly 200 artifacts and objects in it, awaits sea lovers in Bodrum with the definitions of “Living Museum” or “Museum Ship”.

Bodrum Naval Museum, where models of many of the boats that played an important role in the naval history of Bodrum and our country, are exhibited, welcomes its visitors with the model of the ship “Magician of the Sea” built by Ali Kemal Denizaslanı in 2011.

After being out of service as a tugboat in 1991, the ship, which became the property of sea lover Aydoğan Acarer and took its name as “Sea Wizard”, was connected to the Bodrum Naval Museum with the definition of “Additional exhibition space” and opened to visitors in front of Bodrum Harbor Kale as “Museum Ship”. .

Thanks to the efforts of its owner, Aydoğan Acarer, the Sea Magician added value to the maritime culture as a rare example that has survived in the utility class ship category. The Sea Magician, which preserves its originality with all its components and nearly 200 artifacts and objects in it, is defined as the “Living Museum” or “Museum Ship”.

This cooperation, which sets a good example for the solidarity of private museums in our country, has been successfully implemented for many years among museums in the world, both nationally and internationally.

“THE SPRING OF THE SEA MAGICIAN”

The ship, which was built in Germany in 1937, joined the Navy in the same year as a diver support ship with the name “Y77 TCG Güven”, and with the development of diver technology, it was converted into a fire extinguisher ship under the management of the Germans in 1946 and served in this position until 1987, when it was retired. is now in its third spring.

The Sea Magician, a licensed ship of the Turkish merchant fleet, gave its first service at Fenerbahçe Marina. When he left Istanbul and came to Bodrum, he worked at Milta Marina for 2 years. In 2000, the Bodrum Port, to which it is still connected, took its place in front of the Kale and served as a fire extinguisher for 21 years.

In addition to her duty as a service ship as of 2021, studies are being carried out to become operational as a “Museum Ship” affiliated to the Bodrum Naval Museum. 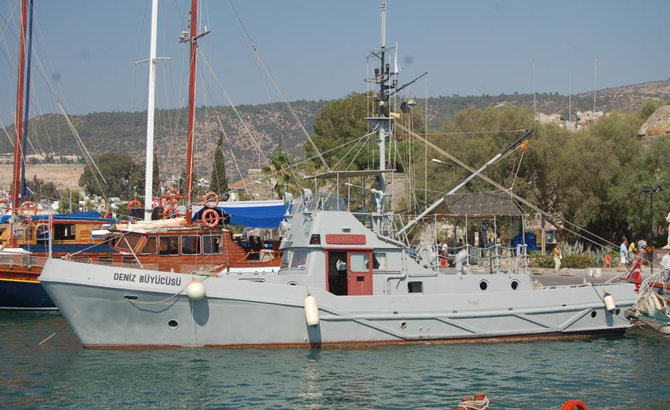 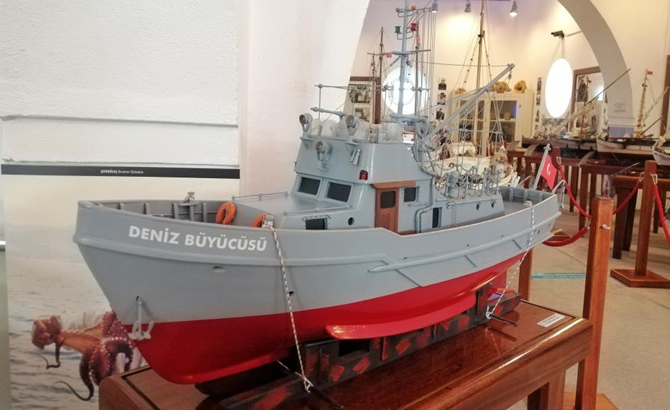 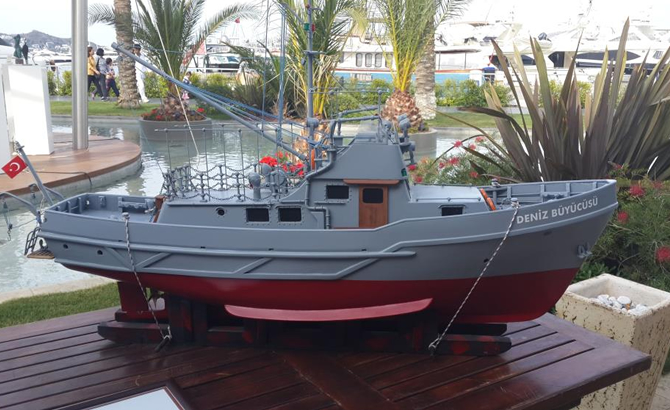