Palmali’s $ 1.9 billion in damages case filed against Litasco in the UK rejected

Palmali Holding, whose board of directors was assumed by Mübariz Gurbanoğlu, who was sentenced to 5 years in prison on charges of aiding the FETÖ / PDY Terrorist Organization, filed a 1 billion 900 million dollar compensation case against Lukoil’s subsidiary LİTASCO.

Another bad news for Palmali Holding came from the British Supreme Court.

Palmali Holding, who was sentenced to 5 years in prison on charges of deliberately and willingly aiding FETÖ / PDY Terrorist Organization, assumed the chairmanship of the Board of Directors, and Lukoil’s affiliate LİTASCO filed a 1 billion 900 million dollars compensation lawsuit at the British Supreme Court. his application was denied. UK Supreme Court Judge David Foxton has ruled that Palmali Holding has the right to sue Litasco, but that the figure will not exceed $ 151 million.

While the court rejected Palmali Holding’s compensation amount application, which was filed with the British Supreme Court for the cancellation of the contract, in violation of the Litasco, a subsidiary of the Russian energy company Lukoill, and Palmali Holding. he gave permission.

It was argued that Palmali Holding’s freight contracts submitted to the British Supreme Court were also granted the right to transport petroleum products for Litasco in the Mediterranean, Caspian and Black Sea, while the monthly Palmali was the highest 700 thousand tons and the minimum amount was 400 thousand tons.

On the other hand, Litasco, a subsidiary of the Russian energy company Lukoil, stated in its defense to the British Supreme Court that Palmali Hodling had difficulty in making this payment to the shipowners hired by third parties, although they fulfilled their promise of carrying 700 thousand tons of petroleum products per month. On the other hand, he argued that Palmali Holding’s $ 1 billion 900 million claim was made “basically based on false facts” for three years and that the allegations were “dishonest attempts to inflate”.

Judge David Foxton of the British Supreme Court, while finding that Palmali Holding’s documents against Litasco were insufficient and insufficient to prove their claims, asked for the number of damages cases to be corrected.

As the judge explained his verdict to the parties, “I came to the conclusion that although Palmali’s claim was arguable and could be fairly tried, it was serious enough to be dismissed.” he spoke.

Palmali Holding Chairman of the Board, Mübariz Gurbanoğlu, by requesting time from his counterparts in return for the company’s debt of over 500 million dollars; While the claim that “I will receive 2 billion dollars in compensation from Lukoil. I will close all the debts” exploded in his hands, it was learned that the court’s decision to open the compensation case over $ 151 million created great disappointment in the Palmali Company.

On the other hand, according to the decision taken by the British Courts by the Russian Sberbank, Palmali Holding and its subsidiaries assigning $ 200 million in their accounts, on the other hand, the Azerbaijani State Oil Company SOCAR has also opened 3 of the International Arbitration Court (LCIA) in London. It is anticipated that Palmali Holding’s commercial activities will be troubled when it is revealed that it will receive 225 million dollars from the compensation case.

In particular, as a result of the British Supreme Court’s decision, even if Palmali Holding wins the $ 151 million indemnity lawsuit, SOCAR and SBERBANK are eliminating the possibility of receiving a penny from Palmali’s assignment to international banks. 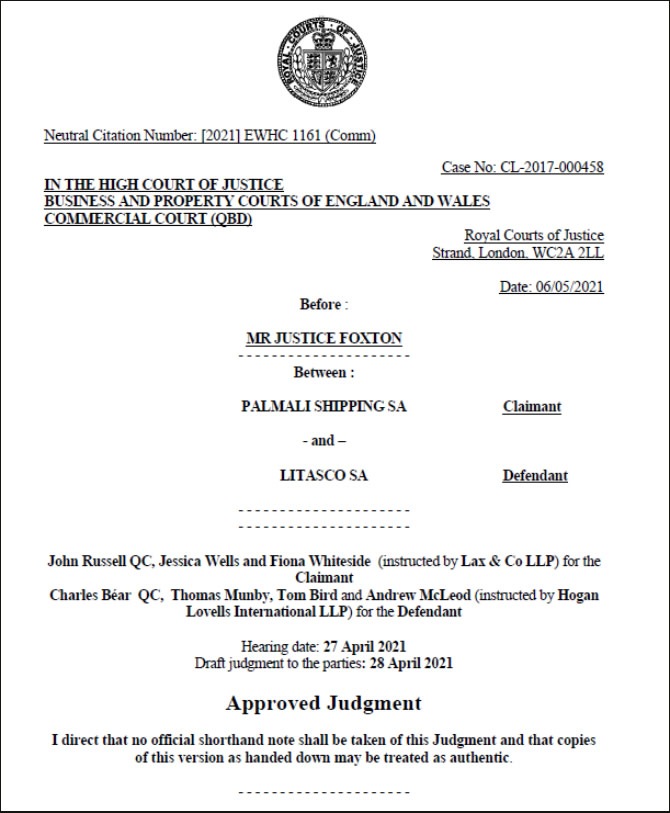 VERA SU ship aground in Bulgaria

VERA SU ship aground in Bulgaria