Bodrum Mayor Ahmet Aras, who supports the rowing sport, which attracts attention every day in Bodrum, participated in the naming ceremony of the race boat that was brought to the Halikarnas Rowing Team. Aras said, “We have to give great importance to water sports in Bodrum, which is surrounded by seas on three sides.”

The race boat, which was brought to the Halikarnas Rowing Team, was launched in the Bodrum district of Muğla.

“Especially rowing for people living in the basement is very affordable sport. National team in Turkey the level of 65 years dedicated to this sport Celal Gursoy being here is a chance for us. Showing a great success gathered 157 athletes on site still youths from one side Bodrum is growing day by day and people’s social needs come to the fore with each passing day. World champions are making European champions. Efforts are underway to establish a non-motorized water sports center in Bitez. We, as the municipality, give our support in other branches. “

Speaking about the short story of the name of the boat at the event, Celal Gürsoy stated that they named the boat Artemisia.

Gürsoy said, “The most important person in the history of Halicarnassus is Artemisia. 1. Artemisia warrior is an admiral, the first female admiral in history. 2. Artemisia, on the other hand, is a well-known important figure who built the Mausoleum and saved Bodrum from the Rhodesians. “We gave the club a name worthy of the name Artemisia” he said.

After the speeches, Aras and his entourage closely watched the new rowing boat Artemisia rowing with the club athletes in Bitez Bay. 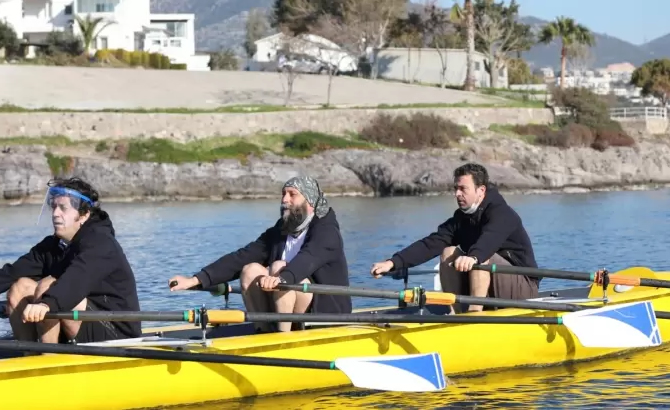 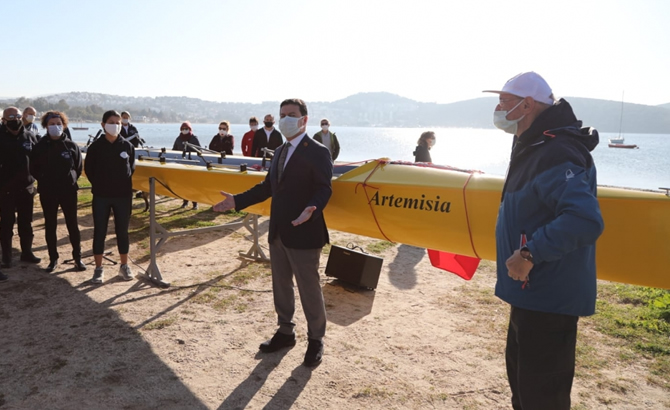 Russia decided to exercise in the Black Sea

A critical move came from Russia after the announcement that 2 warships belonging to the USA would pass through the Straits and go to...
Read more

Ever Given Salvage Successful – Statement from the Salvage Company –

The MV Ever Given has been succssfully refloated in the Suez Canal and the ship is currently under tow to the Bitter Lakes. Below...
Read more

It was learned that the aircraft carrier 'NAe Sao Paulo' belonging to the Brazilian Navy was purchased for 13 million 870 thousand Turkish Liras...
Read more

By Jonathan Saul and Carolyn Cohn LONDON, March 29 (Reuters) – The owners and charterers of ships unable to sail through the the Suez Canal for nearly a...
Read more

Wallenius Wilhelmsen to Reactivate Last of its Lay-up Vehicle Carriers

Portal News on Fuel leaking from the ship stranded in Zeytinburnu
I think the admin of this web page is genuinely working hard on Another Volgo-Balt Freighter Sinks, Leaving Two Dead
Bodrum – “City of Immortal Love” and Other News – Iconoclasm on Rowing boat ‘Artemisia’ launched