For the first time in history, a ship carrying liquefied natural gas from Russia to China managed to cross the Arctic Ocean in the middle of winter.

For the first time in history, a ship managed to cross the Arctic Ocean, where sea transportation can be carried out between July and November every year due to its covered with ice.

In the statement made by the Russian Nuclear Energy Authority (ROSATOM), it was stated that the 300-meter-long ship “Christophe de Margerie” departed from the Yamal Peninsula in the north of Siberia and that the liquefied natural gas was delivered to China.

ROSATOM stated that the ship, which unloaded its cargo, left China’s Jiangsu Port on January 27 and departed for Russia and reached the Yamal Peninsula from the Arctic Ocean through the ice-covered Bering Strait.

ROSATAM presented the images of the voyage of the ship in the Arctic Sea to the press, stating that for the first time in history, a ship sailed on this route in the middle of winter and traveled a total of 2,500 nautical miles. 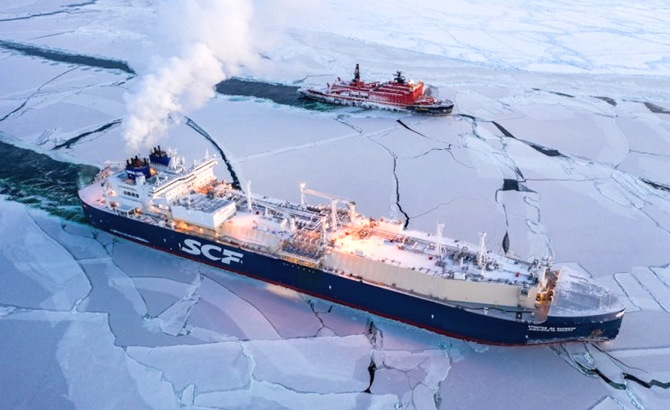