Ship, yacht and services exports increased by 214 percent in June

Ship, Yacht and Services Exporters’ Association (GYHİB), achieved an increase of 214 percent in June compared to the same period of the previous year, and realized exports of 277.3 million dollars. The sector was the sector that increased Turkey’s exports with the highest rate in June.

Ship, yacht and services sector; export growth continues to break records. Turkey’s ship and yacht sector was the sector that increased Turkey’s exports at the highest rate in June, as it was in March and May of 2021.

Ship, Yacht and Services Exporters’ Association (GYHİB) realized an export of approximately 277.3 million dollars in total in June with an increase of 214 percent compared to the same month of the previous year. The share of sector exports in Turkey’s total exports was 1.4 percent.

Ship, Yacht and Services Exporters’ Association exported 734.4 million dollars in the half of the year, an increase of 46.7 percent compared to the same period of the previous year.

In June, when the delivery of 2 fishing vessels, 2 wind turbine support vessels, 1 ferryboat, 1 tugboat and 1 mega yacht with a unit value of more than 10 million dollars, a large number of yachts, tugboats, cargo ships and sub-industry exports were realized. .

MOST EXPORTS TO NORWAY

Norway was recorded as the country to which the ship, yacht and services sector made the most exports last month. In June, 75 million dollars were exported to Norway.

SEVEN: WE HAVE REACHED THE HIGHEST MONTHLY EXPORT AMOUNT IN THE HISTORY OF OUR ASSOCIATION

Seven said, “As the Ship Yacht and Services Exporters’ Association, we are very pleased to continue our success in 2021 as the sector that managed to increase its exports the most in Turkey in 2020. Together with the announced figures, we managed to reach the highest monthly export amount in the history of our association. As of the first half of the year, our sector exports are 46% ahead of our record-breaking exports in 2020. I congratulate our shipyards and sub-industry companies, which have successfully completed the delivery of products containing advanced technology and innovative elements, for being the architects of this great success, and I hope that our export growth momentum in the first half of the year will continue until the end of the year and that the current record will leave its place to new records in a short time.” 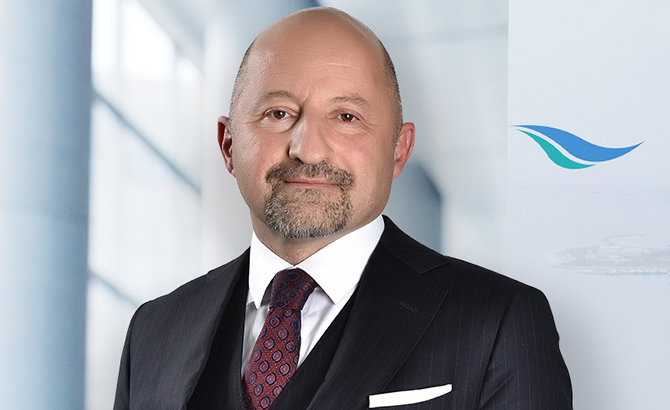