Adil Karasiamiloğlu, the Minister of Transport and Infrastructure, stated that the Shipyard Istanbul Project will increase the brand value of Istanbul, and that they are targeting 30 million visitors annually with the completion of the Tersane Istanbul project, which will provide employment to 20 thousand people.

Adil Karasiamiloğlu, Minister of Transport and Infrastructure, made examinations in Shipyard Istanbul.

Karaismailoğlu stated that they are planning to complete the first phase of the project towards the end of 2022 and stated that the Divanhane and the Old Police Station Building are out of this project, and when the restoration and revitalization is completed, they will be left under the responsibility of the Naval Forces Field Command as before.

Emphasizing that the Golden Horn is a very important place for Istanbul, Minister Karaismailoğlu said:

“We are in the capital of the world, our pupil, Istanbul. Beyoğlu on one side, Fatih on the other, Balat on the left, Süleymaniye and Hagia Sophia behind us. On our right is the Kulaksız Cemetery and Kasımpaşa Hasköy Tunnel, and the Golden Horn Bridge is opposite us. This is the former name of Taşkızak Shipyard, and its new name is Shipyard Istanbul. We are working to bring an area of ​​approximately 700 thousand square meters to Istanbul residents. “

Noting that as the Ministry of Transport and Infrastructure, they have implemented very important transportation projects in every point of our country, Karaismailoğlu underlined that on the other hand, our historical and cultural heritage is upheld.

Karaismailoğlu continued his speech as follows:

“Taşkızak Shipyard, formerly known as the Shipyard, will become a center of attraction for Istanbul with its movie theaters, museums and social areas when Istanbul is finished. When it is finished, a work that will suit the history and culture of Istanbul will emerge, with employment opportunities for at least 20 thousand people and the target of 30 million visitors annually. When the project is completed, 83 thousand square meters of registered building will be restored and made available to the public. Again, within the scope of the project, the restoration works in the Divanhane building in order to eliminate the traffic congestion at the point where Kasımpaşa Hasköy Tunnel meets Bülent Demir Caddesi and Bahriye Caddesi, and projects under the approval and supervision of the Conservation Board are continuing for the reconstruction of the old police station. Divanhane and Old Police Station are outside of this project. When their restoration and revival is finished, they will be left under the responsibility of the Naval Forces Field Command, as before. “

“A PROJECT THAT WILL ADD VALUE TO ISTANBUL”

Minister Karaismailoğlu, stating that the project will provide significant contributions to both Beyoğlu and its surrounding Kasımpaşa and Hasköy, along with the pedestrian roads, bicycle paths and walking paths on the 1,800-meter coastline, said, “It is a brand that will increase the brand value of Istanbul and add value to its value. project. As in our other projects, we will offer this to the service of Istanbulites in the best way possible. There are 23 registered works here. We will restore them and put them into service of Istanbul. We will give them a living space. We are planning to complete the first stage towards the end of 2022 ”. 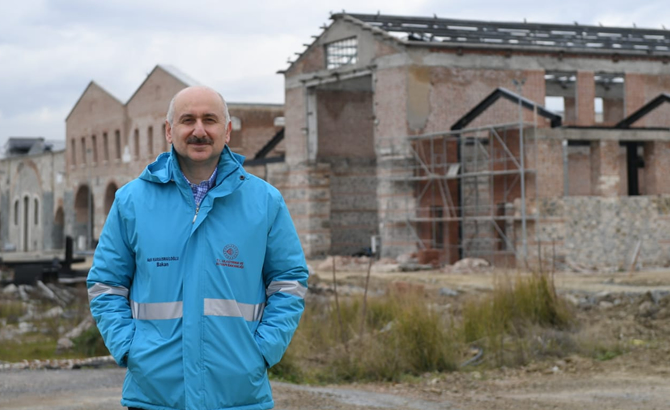 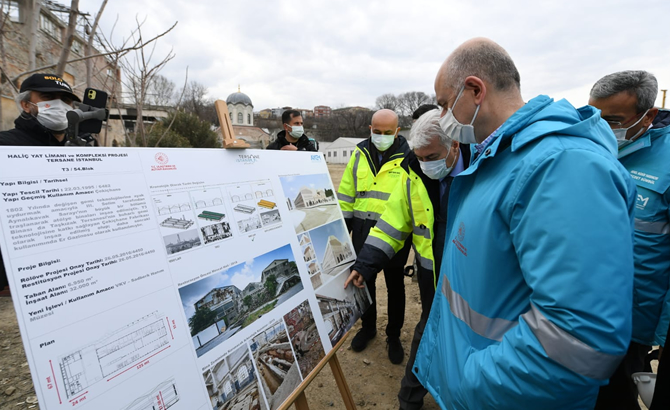 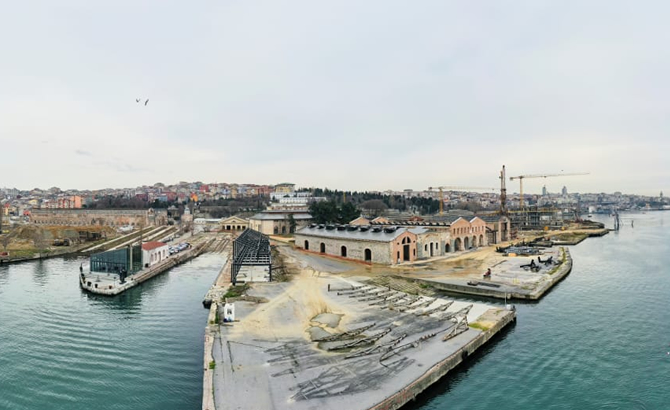