Smuggled weapons confiscated on a ship in the Arabian Sea

It was reported that the warship USS Monterey, affiliated to the US Navy 5th Fleet, prevented the illegal shipment of weapons with the operation it organized on an Arab ship in the Arabian Sea.

The 5th Fleet of the US Navy prevented the illegal shipment of weapons with the operation it organized in international waters in the Arabian Sea.

In a statement made by the Navy, it was reported that the battleship USS Monterey (CG 61), which was connected to the 5th Fleet, seized an un-flag Arab ship in international waters north of the Arabian Sea.

According to the statement that the seized ship was smuggling weapons, it was stated that among the seized weapons were Russian-made guided anti-tank missiles, thousands of Chinese-made Type 56 assault rifles, hundreds of PKM machine guns, sniper rifles and RPG rocket launchers.

Stating that the captured weapons were kept under the custody of the USA, Fleet stated that the main source of the weapons and the targeted destination was under investigation.

The statement also said, “After all contraband was seized, the boat was evaluated for seaworthiness. The crew was given food and water before being questioned and released ”. 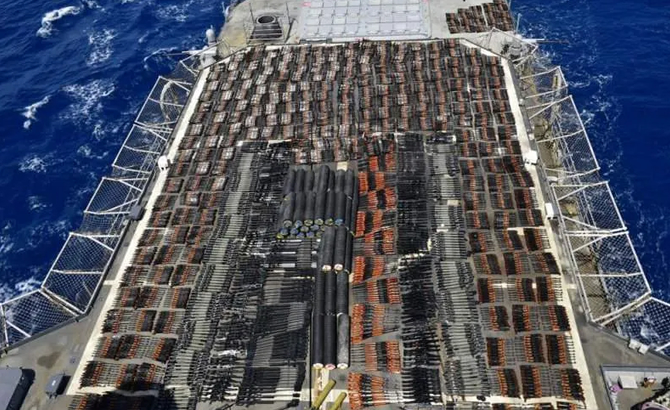 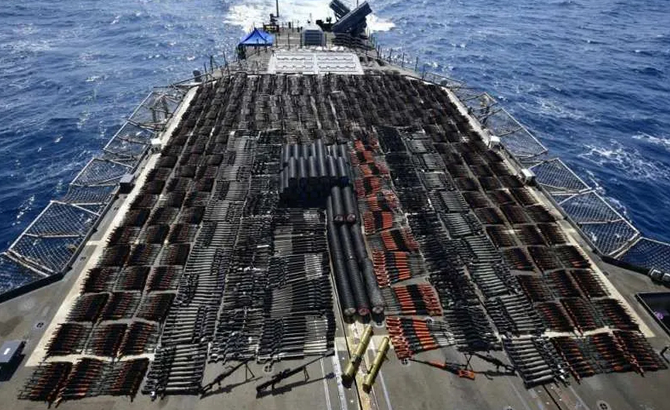