Spain seized the tanker Aldan, which polluted the sea 150 miles off Las Palmas. It was learned that Spain, which started an investigation into the ship’s activities, will detain the tanker until the collateral is deposited.

Spanish authorities seized the tanker Aldan, which was dumping oil into the open sea about 150 miles off Las Palmas. It is stated that the operator of the tanker could face a record fine.

The Spanish Ministry of Transport announced that the General Directorate of Maritime Trade had ordered the captain of the tanker Aldan, built in 2003, sailing in the Mediterranean towards Piraeus, to change direction for Almeria.

Allegedly, the tanker Aldan performed an illegal discharge 10 days ago at a location 150 miles northwest of La Palma, within Spain’s Exclusive Economic Zone, as imaged from a satellite operated by the European Maritime Safety Agency (EMSA).

According to the ministry’s statements, the spill caused pollution in about 20 square miles of the sea.

Spain launched an investigation into the ship’s activities and announced that it was holding the ship until a security deposit was made.

Given the extent of the leak, it is stated that the operator could face ‘one of the highest sanctions ever imposed by the General Directorate of Commercial Maritime’. 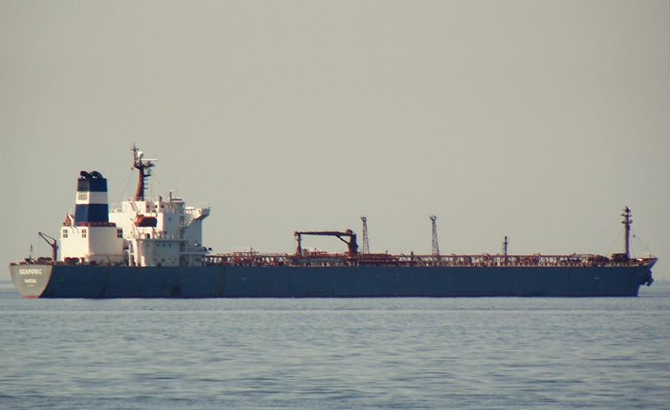