MSC TINA, which disintegrated the dolfin and put it on the pier during the docking operation at Ambarlı Marport West Terminal in the past days, after unloading the containers to Asyaport, it reached Yalova and approached the Beşiktaş Shipyard. The ship will be undergoing maintenance repair here.

MSC TINA, the largest container ship to sail to Turkish ports, recently shredded the dolfin and put it on the pier during the docking operation at Ambarlı Marport West Terminal.

MSC TINA, which unloaded some of its containers at Marport after the accident, left Marport and moved to Asyaport.

After unloading the remaining containers to Asyaport, the ship sailed to Beşiktaş Shipyard for repair and maintenance earlier today.

It was noted that the ship berthing to Beşiktaş Shipyard Pier will undergo maintenance and repair here.

MSC TINA shredded the dolphin and put it on the pier during the docking operation at Ambarlı Marport West Terminal recently, and the casualty ship had a 70-meter-long tear on the pier board. 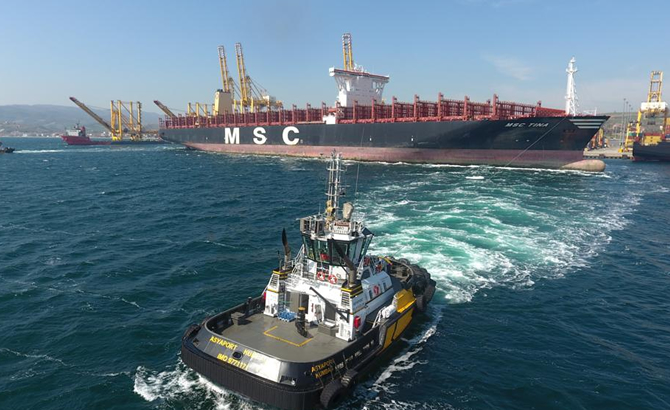