TCG Alemdar, the search and rescue ship of the Naval Forces Command, is on duty 24 hours a day, 7 days a week. The soldiers feasted on the ship and ate together.

Domestic and national rescue ship TCG Alemdar is on duty 24 hours a day, 7 days a week. They are considered the apple of the Navy’s eye.

Mehmetçik, who served on the local and national rescue ship TCG Alemdar, within the scope of the Naval Forces Command, greeted the Eid al-Adha by keeping watch in the ‘Mavi Vatan’.

The commander of TCG Alemdar celebrated with the soldiers. Naval Staff Lieutenant Colonel Abidin Can Aygün said, “The TCG Alemdar Command is present in our ‘Blue Homeland’ with its personnel, ready for action 7 days a week, 24 hours a day, including holidays, for the purpose of performing the duties entrusted to us in the country, abroad and in the seas of the world.”

The commander and the soldiers met at the same table. They had a feast together.

Rescue ship TCG Alemdar participated in many rescue operations in its mission that it started in 2017.

The ship can perform all rescue missions on and under water. It can do underwater viewing. 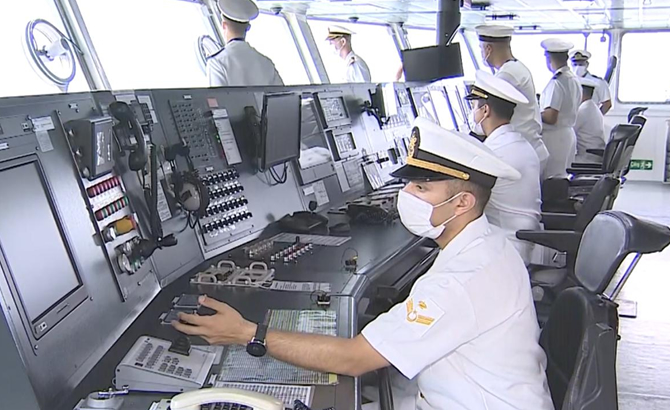