The cause of pollution in Salda Lake has been determined

Mustafa Kolçak, Deputy General Manager of Conservation of Natural Assets, who investigated the region after the claim that the sewage wastes of the Salda village on the shore of Salda Lake were mixed into the Düden Stream and from there into the lake water, said, “It is impossible for sewage wastes to mix with the Düden Stream feeding Salda Lake.”

It was claimed that the sewage wastes of the village of Salda, located on the shore of Salda Lake, which is located in the Yeşilova district of Burdur, attracting attention with its turquoise blue water and white beach, mixed with the Düden Stream feeding the lake and then into the lake water.

The Ministry of Environment and Urbanization took action on the images on social media.

Deputy General Director of Conservation of Natural Heritage, Mustafa Kolçak, Mayor of Yeşilova Mümtaz Şenel, headman of Salda village Ömer Türkmen and accompanying officials made an examination in the delta where the Düden Stream meets the lake.

Explaining that the images referred to as ‘pollution’ in social media are the moss formation after the natural process and the wastes originating from the cows coming to graze on the pasture near the lake, Mustafa Kolçak made statements at the point where the Düden Stream meets Salda Lake.

Kolçak said, “The point where Düden Stream meets Salda Lake is located in the region called ‘White Islands’. It has a wetland ecosystem. This is a sensitive area that will definitely be protected as a site status. There is no domestic pollution in the Düden Stream flowing here. “Extremely strict protection measures are being implemented. It is not possible for people to enter this area.”

Stating that the village of Salda has a population of 1,100 and its purification was put into service in 2008, Kolçak said, “The Düden Stream, which rises 8 kilometers from the lake as a natural resource, over the village, flows around the village and flows into Salda. The sewage wastes into the Düden Stream feeding the Salda Lake. Shortly before the images were taken, cattle entered, mud became mud. Yellow-green color in the delta, algae in its own ecosystem, caused by the effect of sun and wind. The sewerage of the village is collected in the purification process and after nitrogen and phosphorus purification, it enters the artificial wetland of 5 decares. Let alone the sewage, even the clean water obtained from the treatment is not likely to reach the lake,” he said.

Noting that there is sewerage throughout the village, headman Ömer Türkmen said, “All the waste of the village goes to the resting pools. After passing there, it passes into the reed area, which is a natural treatment. From there, it goes to the waste stream. Clean water that can be drunk. A treatment that will be in the top 10 in Turkey. We have a facility. Whoever comes, let him see it,” he said.

“IMAGES DO NOT REFLECT”

Noting that a treatment plant will be built in the region by the Ministry of Environment and Urbanization, Türkmen said, “The Düden Stream passes 8 kilometers from our village borders. There is no mixing with the Düden Stream. Its upper part is pasture. When the air heats up in the summer months, algae forms in the water. This algae occurs in all streams. At present. “The water is pure, drinkable water. The images published do not reflect the truth, and those who broadcast it know the truth, but for some reason they publish it,” he said.

On the other hand, in the written statement made by the Ministry of Environment and Urbanization, it was mentioned that domestic waste water in the village of Salda is collected in an impermeable septic tank with the sewage system.

In the statement, “The suspended solids in the collected domestic wastewater precipitate in the impermeable septic tank and the treatment process begins, and after the septic tank exits, the natural wastewater that has been operating since 2008 is treated by sending it to treatment. The natural treatment found here is one of the best natural treatments in our country. Salda village sewerage system. “There is no question that the water goes to the lake, the allegations are baseless. In addition, the tender for the advanced biological wastewater treatment plant project of Salda village, which is planned to be built by İLBANK AŞ, will be held on June 24, 2021,” it said.

Emphasizing that the quality of Salda Lake’s swimming water was determined as Class A with regular inspections and samples taken, the statement said, in the on-site inspection on 8 June, the pollution claims regarding the mixing of sewage water into the lake were not true, and it was seen that the Düden Stream feeding Salda Lake was clear and naturally algae. specified.

“It has been determined that there is a wetland and pasture where animals graze, the region preserves its natural characteristics, the density of birds is observed in the area where the Düden Stream flows into the lake, and there is no pollution,” the statement said. 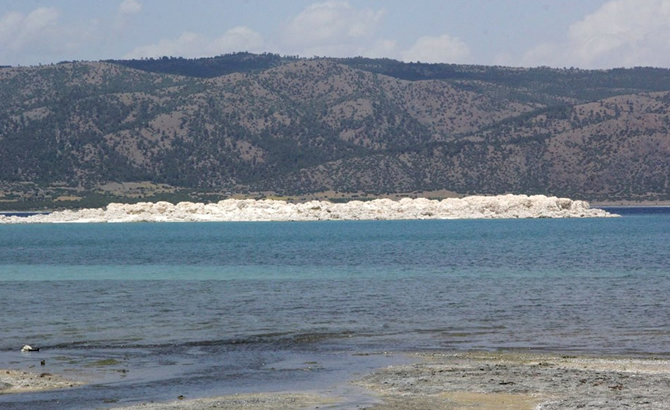 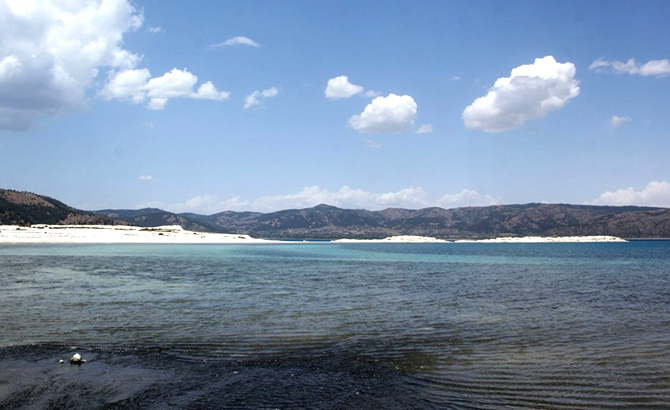 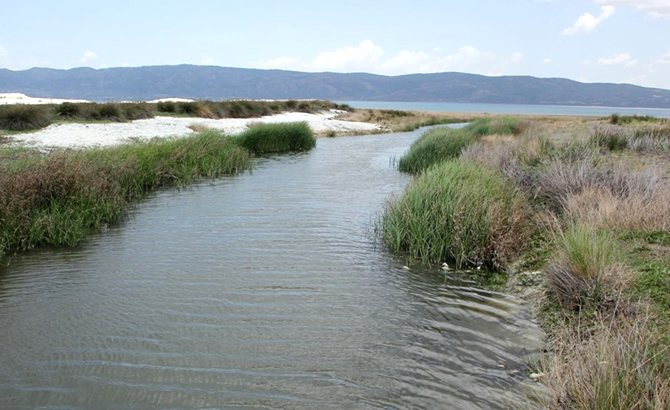 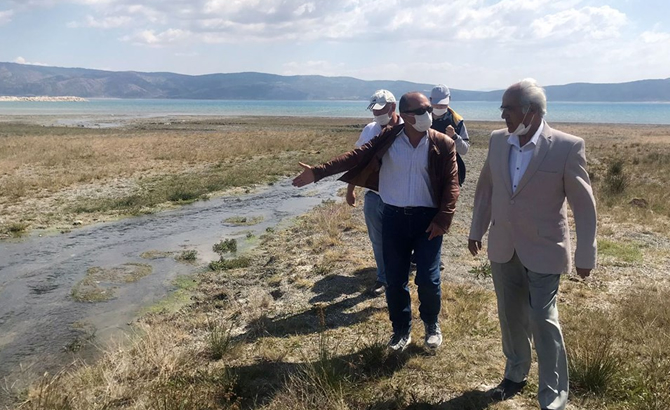