The decks on the 1915 Çanakkale Bridge are expected to be completed by the end of summer.

The installation of the 3rd mega deck block in the middle span between the two towers of the 1915 Çanakkale Bridge, which will have the title of ‘the suspension bridge with the largest middle span in the world’ when completed, has begun. With the completion of the bridge, the Dardanelles Strait will be able to be crossed in as little as 6 minutes.

The assembly process of the suspension ropes to which the deck blocks, each 45 meters wide, 48 meters long and weighing 700 tons, will be attached to the main ropes, started on Tuesday, July 6th.

Today, the third mega deck block has been placed in the middle span of the tower legs in Asia and Europe. The deck brought by the ship was lifted up with the help of a crane and mounted between the two towers.

While it is aimed to complete the assembly of the deck blocks that will form the road of the 1915 Çanakkale Bridge by the end of summer, 87 deck blocks, each 45 meters wide, 48 meters long and weighing 700 tons, will be created.

The bridge, which also has the title of the world’s largest suspension bridge, symbolizes the 18 March Çanakkale Naval Victory with its feet of 318 meters. The feet of the 1915 Çanakkale Bridge, the foundation of which was laid by President Recep Tayyip Erdoğan on March 18, 2017, and the construction continues between Şekerkaya, Lapseki, Çanakkale, and Sütlüce, Gelibolu, was completed on Saturday, 16 May, with a ceremony attended by President Recep Tayyip Erdoğan with a video conference and the foot height of the bridge, which consists of 32 blocks, had reached 318 meters.

THE DESCRIPTION OF SEYİT ONBAŞI WILL BE PLACED ON THE BRIDGE

At the very end of the towers, there will be a depiction of the cannonball that Seyit Onbaşı, the unforgettable hero of the Dardanelles Wars, shouldered to the barrel. The center span of the 1915 Çanakkale Bridge is planned to be 2023 meters, representing the 100th anniversary of the foundation of the Republic. This span is the world’s tallest suspension bridge with a span between towers. After the bridge is put into service, the transportation distance between the two sides will be reduced to 6 minutes. It is predicted that the bridge will provide serious benefits to the region and investor demand will increase especially in Lapseki.

Holidaymakers coming from Marmara and Thrace to Çanakkale and the Aegean Region were complaining about long vehicle queues every year during the summer season. With the completion of the bridge, citizens will be able to cross the Dardanelles in 6 minutes without waiting in line. 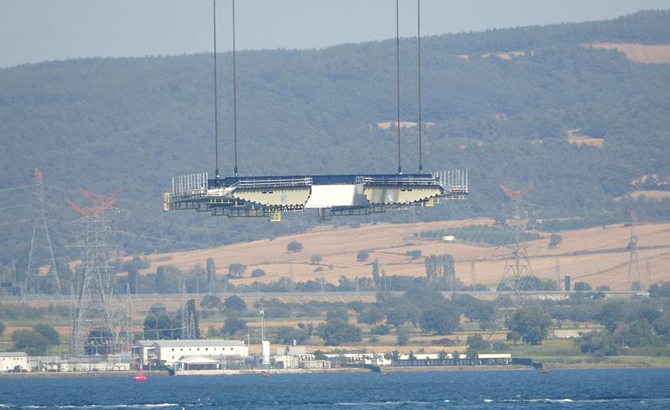 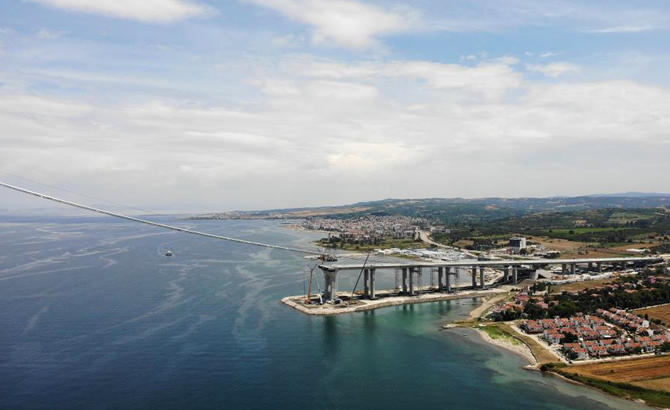 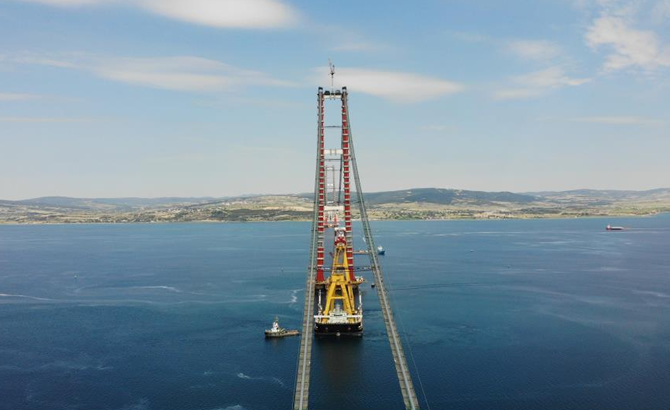 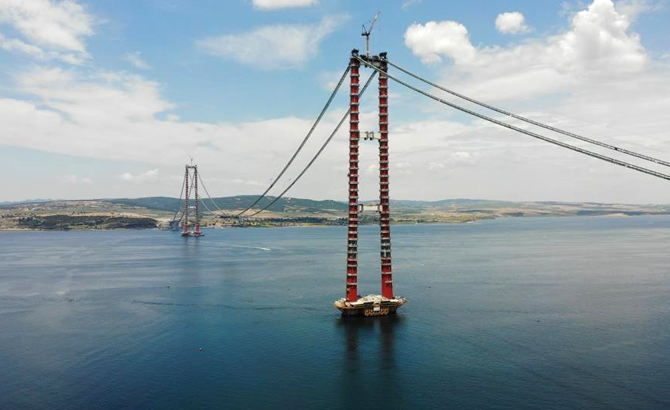 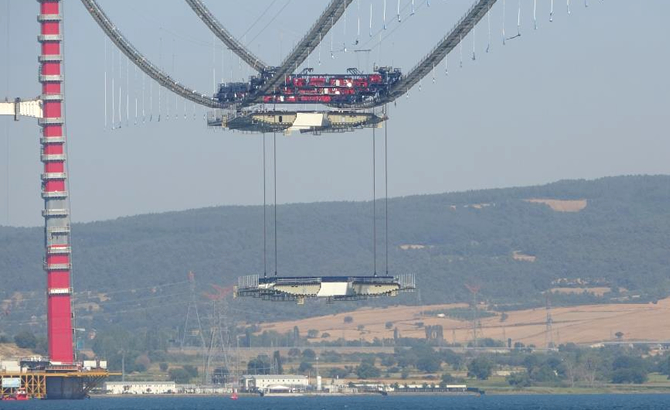