The final state of Dipsiz Göl became a ‘mud lake’

The 12-thousand-year-old Dipless Lake from the Ice Age, which was destroyed as a result of treasure excavation in Gümüşhane’s Taşköprü Plateau and tried to be restored within the scope of the action plan, could not regain its clarity. With its muddy state, the lake took on an appearance far from its old texture.

In Dipsiz Lake, located on the Taşköprü Plateau, which is 50 kilometers away from the city center, at an altitude of 2,140 meters above sea level and attracts attention with its view, 2 people applied for an excavation due to the ‘treasure’ rumor.

Upon the positive comments of Trabzon Regional Board of Cultural Heritage Conservation and Provincial Directorate of Environment and Urbanization, a treasure search license was granted to the relevant persons by the Gümüşhane Museum Directorate. In the region, on 6 November 2019, the lake area, whose water was drained during the excavation accompanied by the gendarmerie officials, was excavated with construction equipment. Gendarmerie teams did not allow anyone to approach the excavation site. In Dipsiz Lake, which has no springs and no mites, the excavations, which continued for 4 days, were terminated when no treasure was found.

After the excavations were completed in the 12 thousand-year-old Dipsiz Lake from the Ice Age, the teams left the area. The lake area, combined with the road level, turned into a pile of stones and earth. Work has been started to restore Dipsiz Lake, which was closed by filling soil after excavation. Within the scope of the 4-point action plan, the perishable soil spilled into the area was removed for the lake. Instead, water-resistant calcareous and clayey soil was poured.

Natural spring water was supplied to the lake area, whose base was prepared with a roller, from the adjacent stream through pipelines. A study was also carried out to protect the flora and endemic species of the lake area. Water was supplied to the lake from a nearby natural spring. The lake, which was given water for 1 month, was full, started to hold water but could not regain its clarity. With its muddy state, the lake took on an appearance far from its old texture.

Saying that it is not possible for the lake to return to its former state, geological engineer Prof. Dr. Osman Bektaş said, “It is not possible to make the natural ecological structure artificially because the conditions in the lake were structures developed in a long geological period, not in a short time. We see that the lake water is turbid and not in its old characteristics. The waters feeding the lake were destroyed by underground and surface drainage excavations. The drainage system feeding the lake was destroyed during the excavation, and the natural ecological structure was destroyed. The Bottomless Lake is dead now,” he said.

‘LESSONS MUST BE DONE’

Noting that what was done was a mistake, Prof. Dr. Bektaş said, “Lessons should be learned from this mistake. We have much more beautiful and bigger lakes like this lake in our region. We need to protect these lakes. Especially due to the global climate, the Eastern Black Sea Region is Turkey’s most beautiful livable places. If we can add these natural beauties to tourism, the quality of life of this region will increase even more.”

Hüseyin Fidan, who lives in the plateau, said, “The lake has been occupied with the excuse of searching for treasure, its nature has deteriorated. After the ministry took over, good work was done on the lake. We expect this place to be brought into tourism,” he said.

Süleyman Dervişoğlu said, “Many people come to see the lake. I was eager to have a visual feast on the lake, and I bought a goose. I always bring my geese here and watch them swim in the lake,” he said. 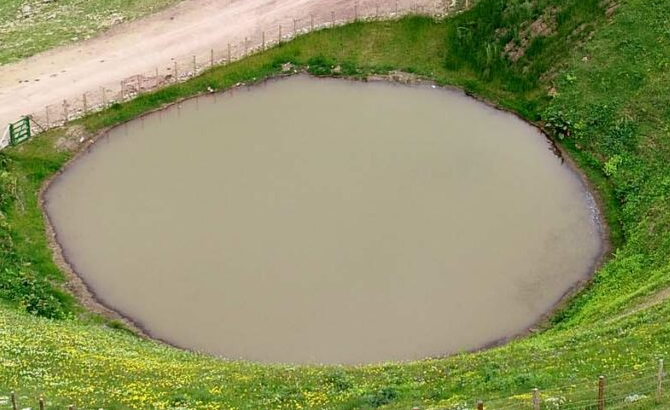 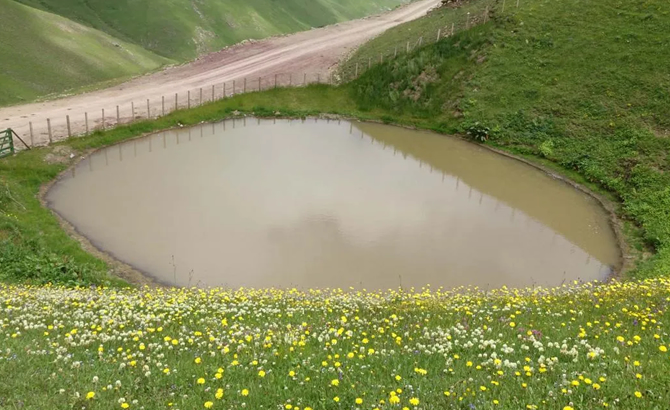 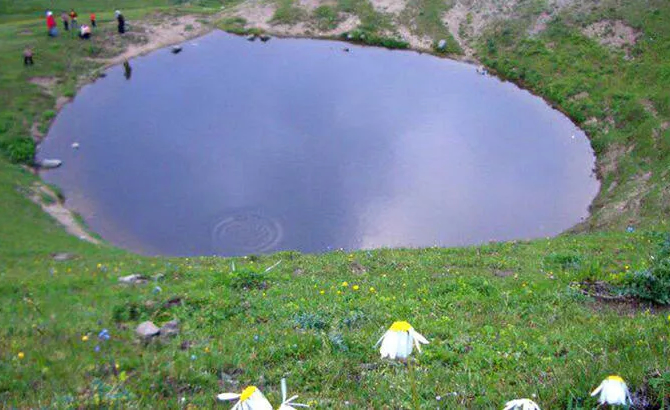