While it was reported that the Panama-flagged ship APRIL drifted by scanning anchor in Kartal Anchor Zone, it was learned that the Coastal Safety’s RESCUE-2 tugboat and KEGM-3 fast rescue boat were sent to the incident area. It was noted that the ship moved by operating its engine without any adverse events.

With the effect of heavy rain and wind effective on the Anatolian side of Istanbul, Kartal offshore The Panama-flagged APRIL, built in 1991 with a length of 75 meters and a width of 10.7 meters, drifted by dredging anchor.

Upon the notification of the incident to the Coastal Safety, the KURTARMA-2 tugboat and KEGM-3 fast rescue boat were sent to the region.

“After the Panama-flagged cargo ship APRIL crawled and drifted in the Kartal anchor region, our KURTARMA-2 Tugboat and KEGM-3 fast rescue boat were immediately sent to the scene.”

In a second statement by the Coastal Safety, it was stated, “The ship named APRIL operated by operating its machine without any adverse events.” 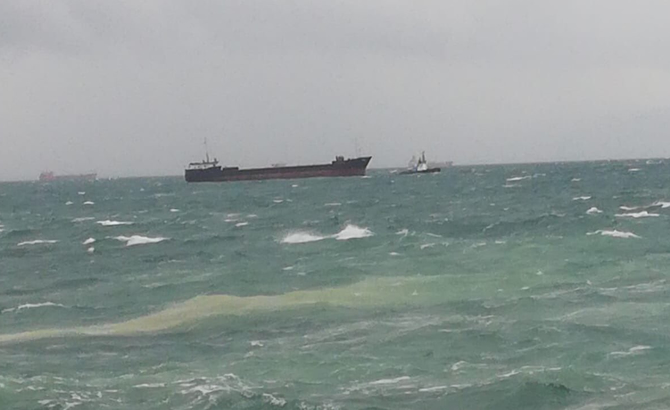