The U.S. Navy has seized a massive shipment of arms from a stateless dhow in the Arabian Sea, U.S. defense officials announced on Sunday. 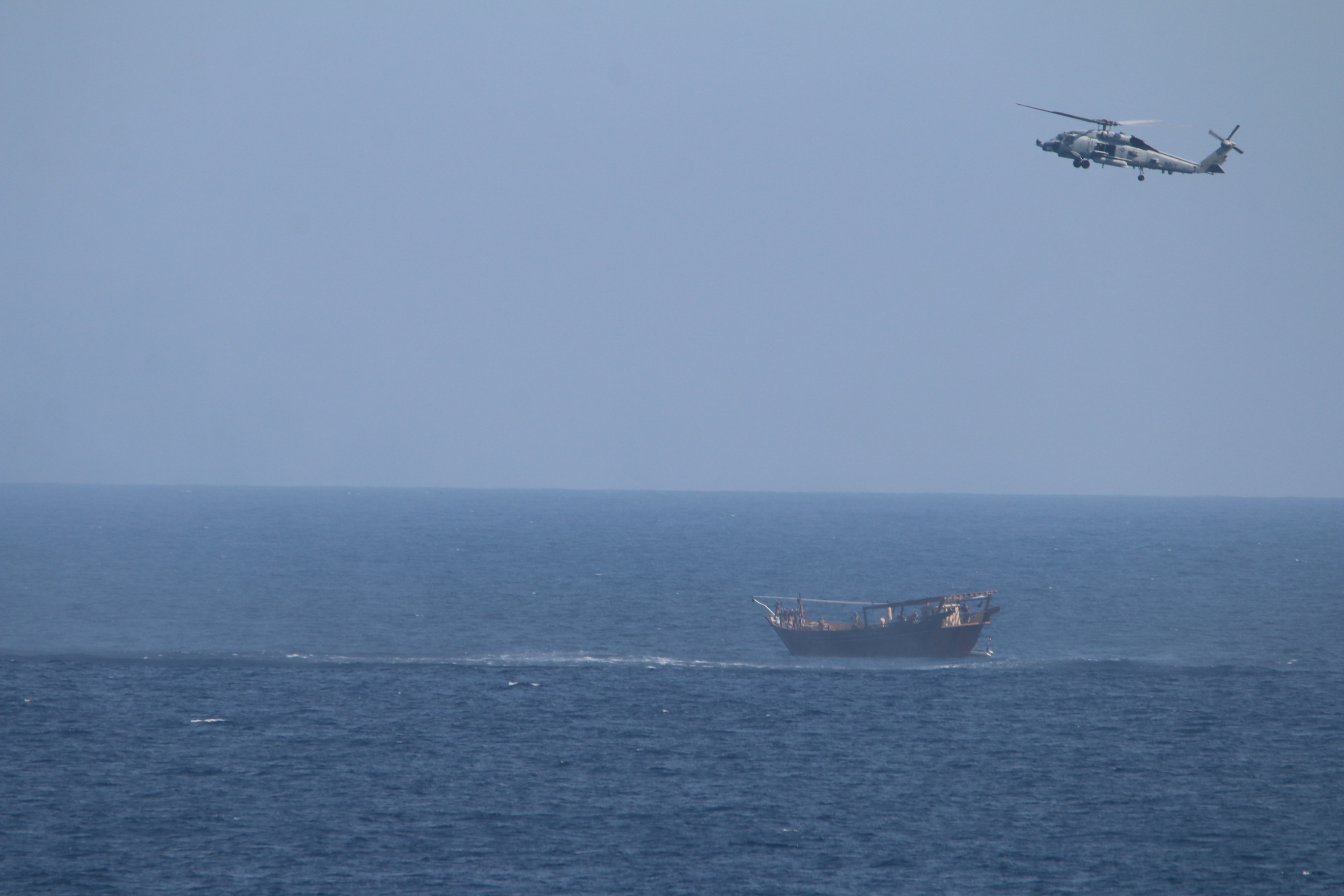 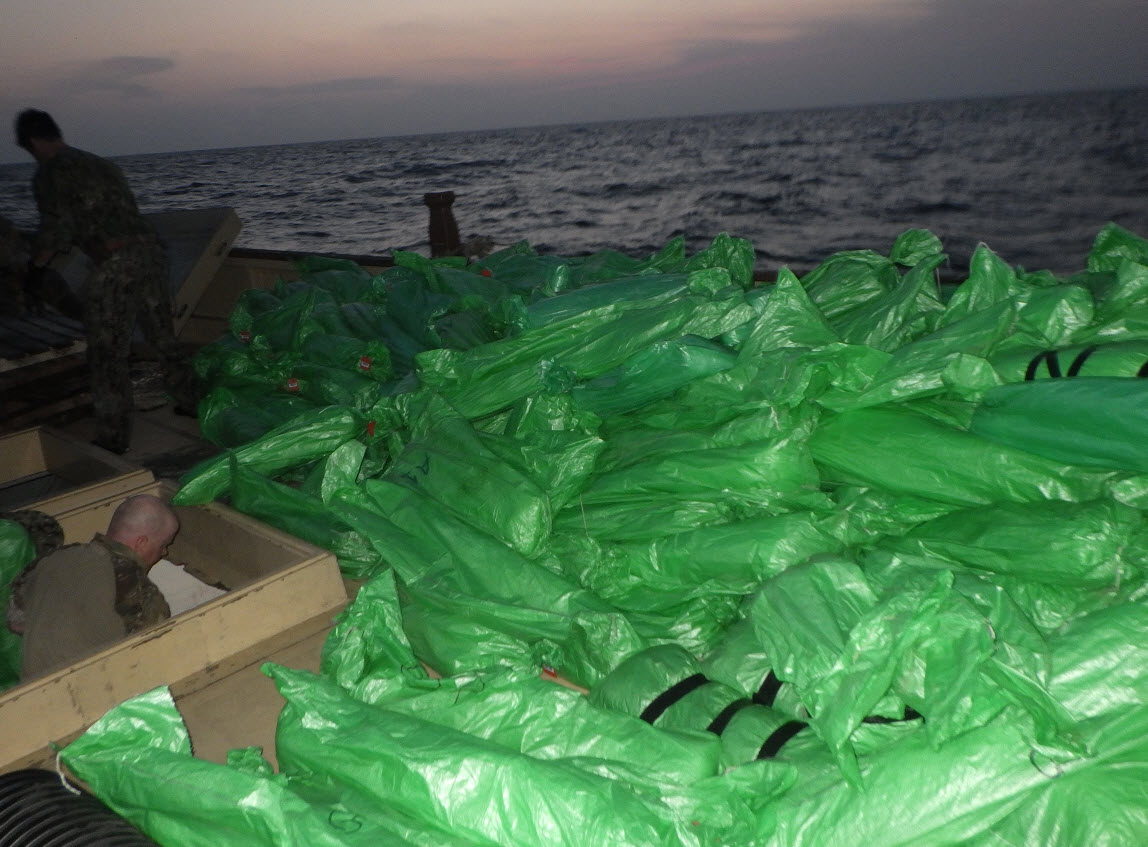 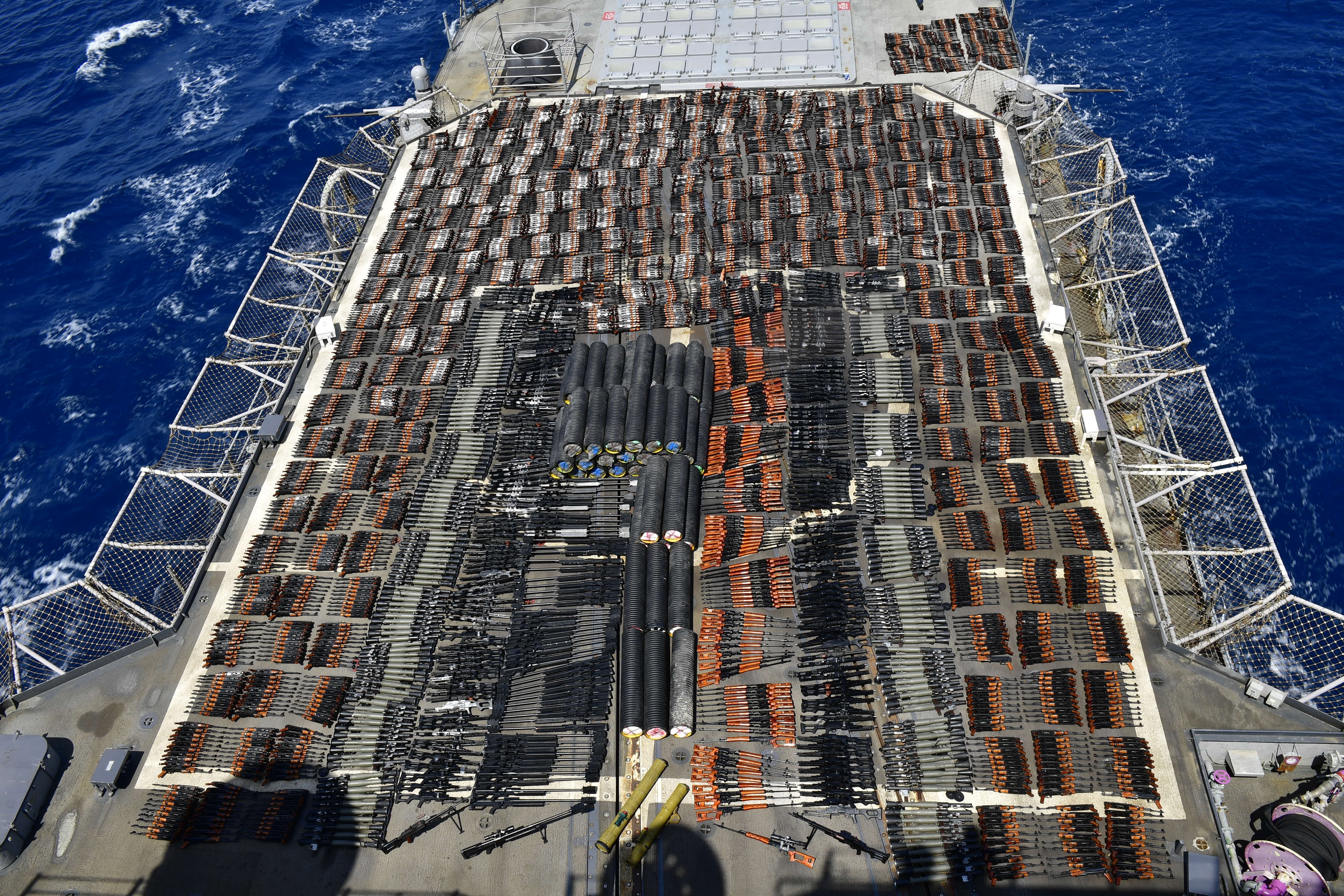 The search operation took more than 36 hours, according to the Navy. The dhow was found to be seaworthy, and the crew of the Monterey provided them with food and water before allowing them to carry on.

The original source and intended destination of the shipment are under investigation, but U.S. defense sources told AP that the cargo is believed to be an Iranian arms shipment for Yemen’s Houthi rebel group. Interviews with the dhow’s crew reportedly indicated that the vessel began its voyage in Iran, and the contents of the hold were similar to previously-intercepted shipments for Houthi rebels.

Iran denies that it provides material support for the Houthi rebel movement, which has been fighting a war against a Saudi-backed governing coalition for the past six years. However, the United Nations assesses that Tehran supplies the group with “significant volumes of weapons and components.”