UND President Çetin Nuhoğlu continued his regional visits with Kayseri, which he accelerated after the pandemic restrictions were lifted. Emphasizing the importance of the sector for the export and welfare of our country, Nuhoğlu said, “There is this unity because this sector deserves everything.”

The International Transporters Association (UND) continued its Regional Evaluation Meetings, which started in Bolu-Düzce on June 3, with Kayseri.

UND President Çetin Nuhoğlu gave information about the work done while making evaluations about the present and future of the sector at the meeting attended by all the transporters from Kayseri.

“We are ALWAYS TOGETHER, ALWAYS STRONG”

Nuhoğlu said that the banners and posters that read “We are always together, we are always strong” prepared by the transporters of the Kayseri region are the best indication that the transporters from Kayseri protect their sectors and professions, and said, “There is this unity because this sector deserves everything.” Nuhoğlu noted that the importance of the logistics industry has increased and they are working hard to make it sustainable.

UND A RESPECTED ASSOCIATION IN DOMESTIC AND ABROAD

“UND’s corporate structure does not exist in any industrial company or service exporter. This structure keeps us strong. President Nuhoğlu said, “We came out strong thanks to this structure despite all the negativities experienced,” and said, “UND is not an ordinary association. UND is a respected and very active association that does very important work both in Turkey and in Europe and presents the information it collects from the field to the public. Such a structure and organization does not exist even in large industrial companies. Our bilingual and expert staff in our R&D department; They analyze all the developments and information they get from Europe, Central Asia, the Middle East. By sharing these with the public, we are constantly informing about the developments.”

Saying, “We have to design the future of this sector, we have to solve all the sectoral problems of our members while doing this”, Nuhoğlu also underlined that they are the only association in Turkey to receive the EFQM National Quality Award, Turkey’s most prestigious award, in 2004.

Emphasizing the importance of the Regional Working Groups, which were established in 2001, for the identification and solution of sectoral problems, Nuhoğlu also stated that the Route Working Groups and Subject Working Groups carried out special studies on their own subjects and fields. Noting that the working groups had a large share in the gains achieved, he gave the example of additional transition documents received from Kazakhstan this week.

Nuhoğu said, “We requested the distribution of the Kazakhstan transit pass documents directly from the ministry as the decision of the UND Working Group, and we received 2,000 additional permits.”

UND IS THE SOLUTION ADDRESS

Explaining that UND paved the way for the sector by taking an active role during the pandemic period, Nuhoğlu said that they created a crisis desk and prepared a Table of Risks and Threats to Affect International Goods Transportation. Stating that they gave clear messages to reveal the importance of the logistics sector in this period, Nuhoğlu said that they were in constant meetings with the ministries during this period.

Explaining that UND was the solution address with very important works during this period, Nuhoğlu said, “We need to be proactive. If we leave all the work to the public, we will not be able to get rid of these problems. That’s why we find problems and develop solutions.”

“Just in time shipping is our critical area of ​​success. We will be strong as an industry if we deliver the products on time, at an affordable cost. Nuhoğlu said, “We need to increase the efficiency of our companies at customs gates and borders,” and said that the studies for this continue according to the prepared 1 and 3-year strategic plans. Nuhoğlu gave the example of Kapıkule and said:

“We worked with universities, we held meetings in Ankara. We took the minister, went to Kapıkule and told what to do. We toured the field with the minister and showed where the problems were and which points were blocking the exits. I had the minister meet with the drivers and asked them to listen to the problems. All of the drivers said there was a problem with the location of the fuel filling area and the Bulgarian exit. Right after that, we held the meetings and changed the fuel pump locations. Later, we increased the number of exit platforms and made an addition to the number of platforms by Bulgaria. In this way, every day 1.800 of our vehicles leave Kapıkule and Hamzabeyli and transport to Europe. When we include Ipsala, we make 2,000 daily exits from the Western border gates. Within 2 years, we will increase the departures from Kapıkule and Hamzabeyli from 1,800 to 3,400.”

WE WILL GET BACK THE MONEY WE PAYED

President Nuhoğlu stated that with the Hungarian Case won, the European Court of Justice decided that no toll fee could be collected from Turkish vehicles, and said, “We will get back the 84 Euros we gave to Bulgaria, it was not enough, we will get back the 100 Euros we paid to Greece, it was not enough to liberate the Czech documents. we will. We have been planning these since 2013. Everything is ready, our stones are in our hands, we will just put these stones in place,” he said.

UND IS AN ASSOCIATION WITH STRATEGIC STEPS AND RESULTS

Nuhoğlu gave examples of UND’s work against the problems experienced in transportation to Europe and said, “As soon as I took office in 2013, we took action to solve the problems in European transportation. By making a convoy of 50 vehicles in Austria, we passed this country without documents and held a press conference in Vienna. Then we made a press release at Fernetti. By submitting reports to the EU, we drew attention to the trade loss caused by the transit document issue. Our whole aim was to prepare the infrastructure for the Hungary Case that we will open. UND was the first institution to file a commercial lawsuit in the European Court of Justice in Turkey, and we won the case.

WE PROTECT THE RIGHTS OF TURKISH SHIPPERMAN EVERYWHERE

President Nuhoğlu said that they took action after Turkish vehicles faced fines due to illegal immigrant cases in Serbia, and fines of 2,500 Euros to 4 thousand Euros were written, and that they ensured the work of the Turkish police on the Serbia-Croatia border. Saying, “For the first time in the world, the police of another country is on duty at a border,” Nuhoğlu said that the Turkish police check the vehicles of our country’s transporters here, and if an illegal immigrant is encountered, they unload the vehicle, seal it again and send it. Nuhoğlu stated that in this way, the transporters were prevented from encountering large fines.

Emphasizing the intensive work of UND on visas, Chairman Nuhoğlu said that they held meetings with the consulates of 24 members of the European Union and 16 Schengen countries, and that they carried out important studies in Greece, the Netherlands and England.

Nuhoğlu stated that they had meetings with Deputy Foreign Minister Yavuz Selim Kıran and that the Schengen Driver Working Group was established as a result of these meetings. In this working group; Explaining that new Schengen visa rules, case studies on visa refusals and the latest developments from the consulates will be carried out, Nuhoğlu said that Deputy Minister of Foreign Affairs Yavuz Selim Kıran; He read his thank you message to UND for its contribution to the continuation of transportation during the pandemic period.

WE HAVE MEETINGS WITH ALL COUNTRIES FOR CENTRAL ASIAN TRANSPORTATION

Nuhoğlu said that after Turkmenistan closed its doors due to the pandemic, 26 thousand transports made by Turkish vehicles had to shift to the Russia and Azerbaijan-Caspian lines, but problems arose here as well. Nuhoğlu, with UND’s meetings with the countries of the region; He said that he took important steps in Azerbaijan, Kazakhstan, Uzbekistan and Russia, organized meetings and put up a great struggle for the continuation of the transports.

Emphasizing the responsibility of UND in the purchase of additional transit documents for Russia, the reduction of the fees in the Azerbaijan Caspian crossing, the initiation of studies for the development of the Middle Corridor, the commissioning of the Russia-Turkey Ro-Ro line, Nuhoğlu said, “There are very difficult countries in the region and these countries have never existed. They don’t want to cooperate with anyone. Despite this, UND met with all countries and even provided special meetings.”

WE WANT DIGITALIZATION, NOT RSS

Chairman Nuhoğlu said that they had objected to the RSS (Rahdevulu Virtual Row Sister) from the very beginning, which he said made the transporters vomit blood. Stating that he told the minister that this practice would not work, Nuhoğlu said, “Instead, to the minister; I said let’s provide digitalization that will speed up the transportation, give the documents from the place where the loading is made, and let our transporters not go through the customs”.

Saying that RSS was stopped as a result of UND’s opposition to the application, Nuhoğlu said, “We wanted the RSS System to be integrated into the GEBOS System, the GTİ TETA System, the POLNET System and the fuel system. Going digital is our most important goal from now on. For this, we have established our Digitalization Working Group. As digitalization increases, transportation will also accelerate. 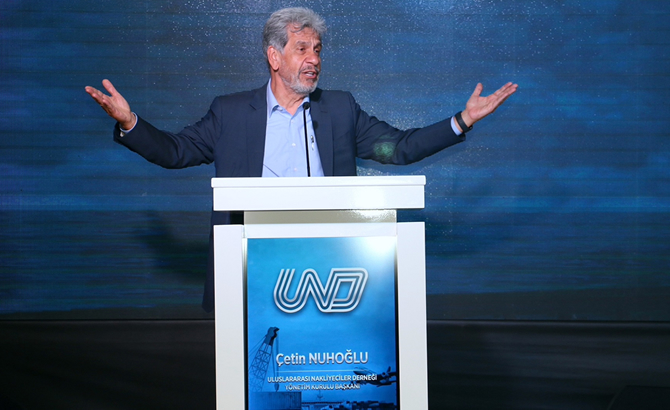 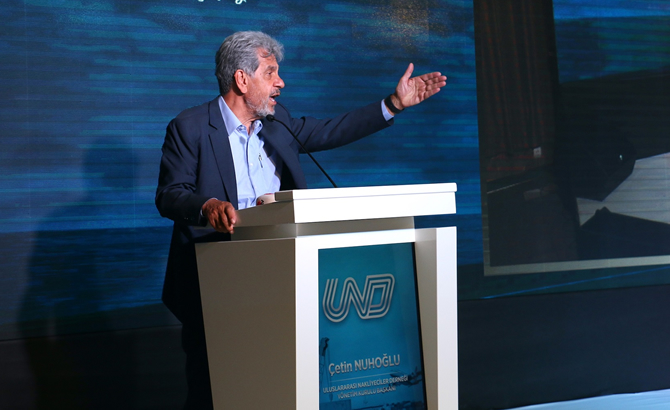 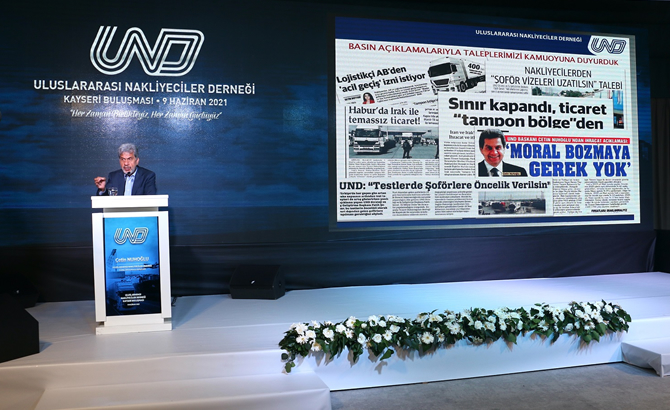 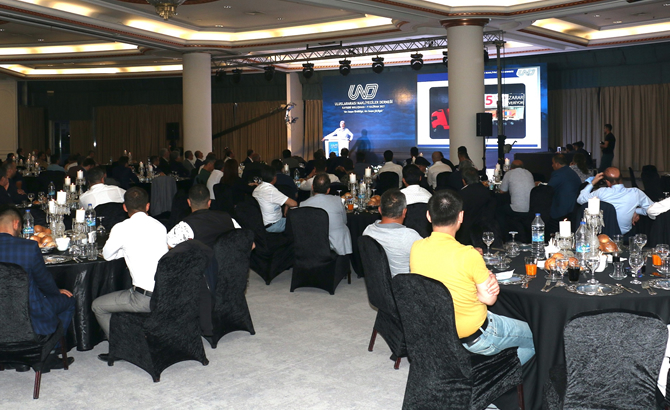 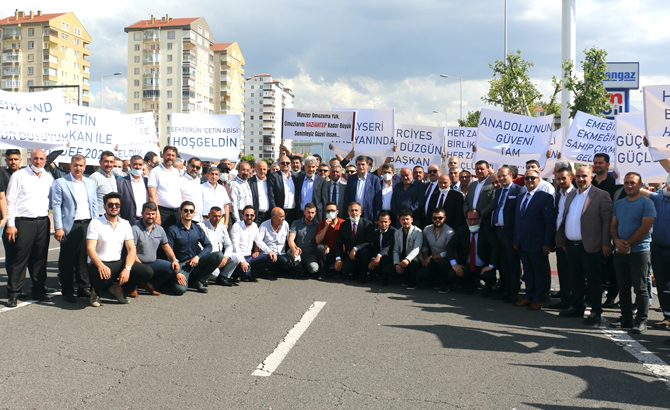 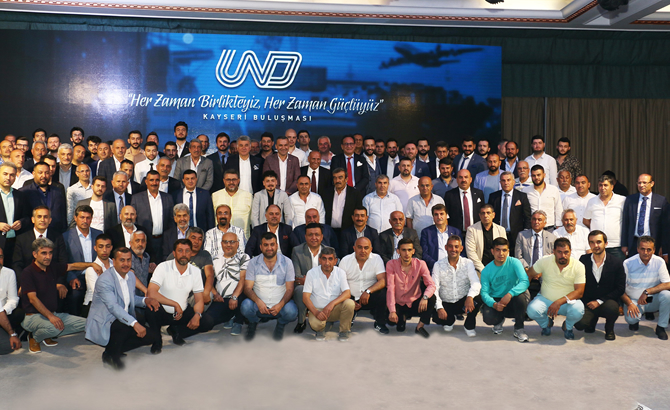 Days before the meeting between US President Joe Biden and Russian President Vladimir Putin, the US warship named 'USS Laboon' sailed through the Turkish...
Read more
Turkish Maritime News

The 'Fisherman's Shelter' belonging to Ordu Gülyalı Municipality was transferred to Ordu Provincial Directorate of Agriculture and Forestry with the signature of President Recep...
Read more