Watch: ICCT focuses on climate implications of LNG as a marine fuel

As explained, natural gas appears to be cleaner burning than conventional marine fuels, but that’s not the full story. In fact, LNG is primarily consisted of methane, which is a powerful green house gas (GHG).

“LNG is mostly methane, a potent greenhouse gas (GHG) that traps 86 times more heat in the atmosphere than the same amount of CO2 over a 20-year time period”. 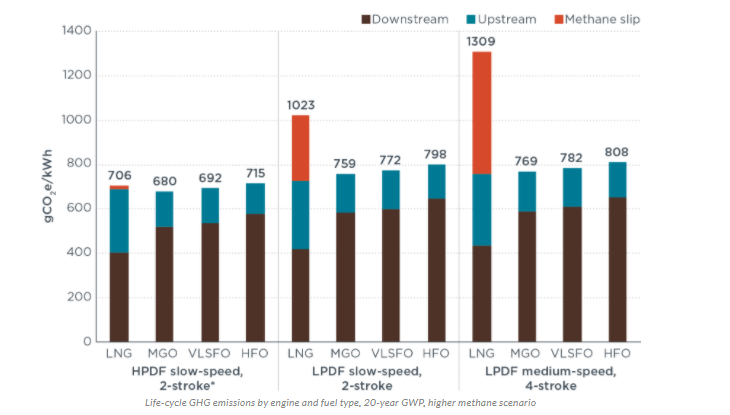 Concluding, as noted in the figure above, the most popular LNG marine engine, low-pressure dual fuel (LPDF), medium-speed, four-stroke—is also the leakiest. Using LNG, this technology emitted 70% to 82% more life-cycle GHGs than MGO.