We must raise our flag on the seas

Yusuf Öztürk, Chairman of the Board of Directors of IMEAK Chamber of Shipping (DTO) İzmir Branch, stated that 80 percent of the world’s goods trade is transported by sea, and said that Turkey’s having a say in the global economy is possible with more maritimeization.

Making a statement on the occasion of the 95th anniversary of the 1st of July Maritime and Cabotage Day, Öztürk reminded that with the Cabotage Law, which came into force on 1 July 1926, only Turkish-flagged ships paved the way for cargo and passenger transportation in Turkish ports.

Öztürk said, “The words of Great Leader Atatürk, “The border of a nation whose lands are the end of the sea, draws the border of its people’s power and talent” sheds light on our goal of creating a “Marine Nation Seaman Country”.

Pointing out that the Covid-19 global epidemic and the six-day cessation of traffic in the Suez Canal last March caused a great turmoil in the global trade of goods, Öztürk said, “While dozens of ships were waiting in line for cargo discharge at some ports, loading could not be made due to the lack of empty containers and ships in other ports . Freights increased more than five times in Asia-Europe shipments. These negative developments also showed once again that shipping is the lifeblood of the world economy. Countries that are strong at sea were least affected by the crisis by protecting their global supply chain during the extraordinary period. Turkish maritime companies, Turkish ports, shipping agencies and seafarers and our logistics industry worked non-stop during the pandemic period.”

WE CAN BE A SUPPLY CENTER WITH LOGISTIC ADVANTAGE

Emphasizing that the increase in logistics costs on the Far East-Europe line together with the rapid recovery in the global economy, along with vaccination, could highlight Turkey as a new production center, Öztürk continued as follows: “The congestion in the supply chain between the East, which is the production center, and the consumption-oriented West, continues. Against China’s Belt and Road Project, the USA and Europe are preparing to launch the Green Road Project. While a new polarization is growing between East and West, Turkey stands out for being at the crossroads of both projects. We can become the supplier of Europe by shipping our products through our modern ports, and we can strengthen our logistics performance and become a bridge on the East-West route. At this stage, we believe that the Aegean Region is a candidate to become Turkey’s new logistics center. İzmir Ports’ capacity of nearly five million TEU and a vision project such as the Northern Aegean Çandarlı Port will make the Aegean stand out in production and logistics”.

LET’S PROTECT THE SEA AS OUR EYE

Expressing that Turkey is a sea tourism country with its paradise bays, blue flag beaches, the most beautiful marinas in the world, and the Blue Voyage it has gifted to the world, Öztürk said that one-fifth of tourism revenues come from sea tourism and water sports. Drawing attention to the mucilage problem in the Sea of ​​Marmara, Öztürk said, “We must protect our seas not only in terms of travel, trade, tourism and fishing, but also as our source of life and protect them as our eyes.” 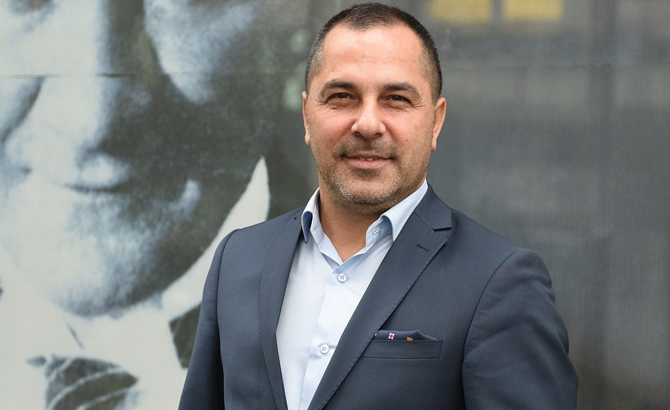 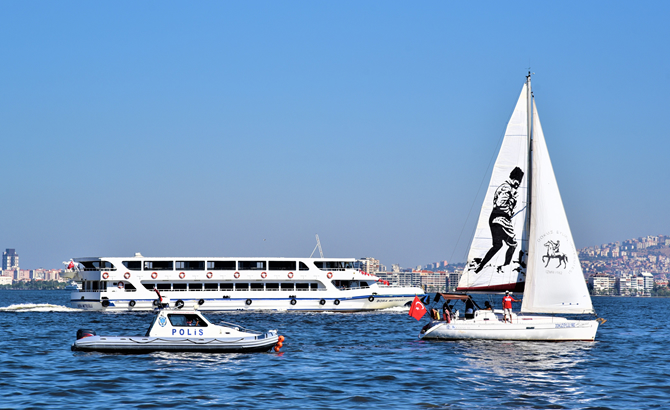 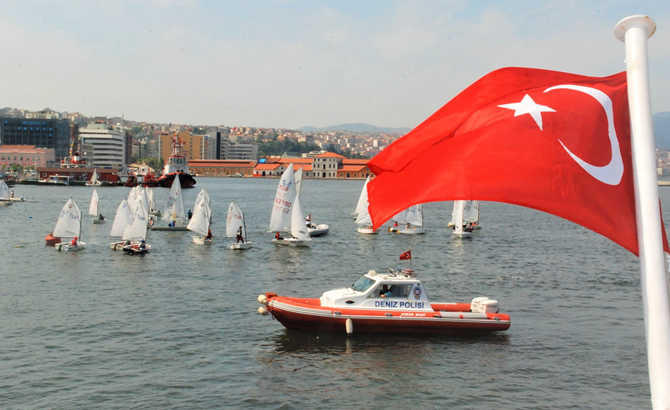 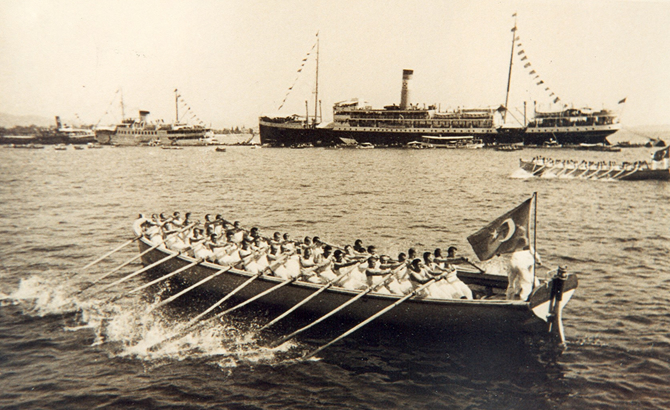