In Finike, a study was initiated to investigate the submarine mountains region, which was declared a ‘special environmental protection area’ in 2013, as well as mammals such as dolphins and whales, and biodiversity. Within the scope of the project, the research vessel named ‘Yunus-S’ was brought to the district.

In the Mediterranean, work was initiated within the scope of the “Setase Diversity Due Diligence Project in the Finike Submarine Mountains Special Environmental Protection Area”.

The study, which was started this month with the cooperation of the Ministry of Environment and Urbanization, General Directorate of Conservation of Natural Assets and Istanbul University Faculty of Aquatic Sciences, with a team of 16 people, will continue for 2 years.

Nuri Kunt, Deputy General Director of Conservation of Natural Assets of the Ministry of Environment and Urbanization, who came to the region to inspect the works on-site, stated that there are 18 ‘special environmental protection zones’ in Turkey, and that ‘The Finike undersea mountains special environmental protection zone’ is of great importance as the only sea site. noted that he did.

‘WORK FIRST IN THE COUNTRY’

Stating that socio-economic studies will be started after the work on biodiversity is completed, Kunt said, “A management plan will be made here finally. According to the management plan, other public institutions and local stakeholders will be assigned what they need to do. In this way, we aim for a sustainable protection. Our research ship is approximately 70 miles away. It will go out into the open and reveal the picture of biodiversity for 1.52 years. According to this table, we will have carried out studies to determine where sensitive protection and where absolute zones will be made. Such a study is the first in our country. The declaration of ‘Phoenicia undersea mountains special protection zone’ is a sign in the field of seas in our country. “This is the first study anyway. Therefore, this is the first study. We would like to thank our esteemed teacher and his team in this study. Also, we were met with intense interest from our local administrators at the presentation meeting held on this subject. We were very pleased with this.”

RESEARCH SHIP; FIRST AND ONLY

Prof. Dr. Bayram Öztürk gave information about the project and the technical characteristics of the research ship ‘Yunus-S’, which belongs to Istanbul University. prof. Dr. Öztürk said, “It is 33 meters long and has all kinds of equipment with its technical features. We have hydraulics and acoustic devices for fishing research on our research ship, which can take samples from the sea. There are devices such as sound listening, especially dolphin and whale sounds. We have many different instruments. Our ship 4 It is capable of sampling from deep seas up to a thousand meters. That’s why it says ‘The first and only’ on the starboard side of the ship.”

Stating that they have completed 2/3 of the first stage works, Prof. Dr. Öztürk said, “We have 16 staff. We have 8 researchers. We are here as 5 associate professors, 1 professor and 2 doctoral students. We will come again on September 21. We will be in the open seas for the second dimension of the research. It has developed an initiative in the Mediterranean. This is the initiative for the conservation of biological diversity. Turkey, as the country with the longest coast in the Mediterranean, takes care of the Mediterranean. It contributes to the protection of the sea. It contributes to the sustainability of the Mediterranean. We thank our ministry for its contribution to the fund “We have completed 2/3 of the work we have done so far. We collect data on both whale and dolphin watching, sampling, pollution and environmental parameters,” he said.

The team met with Finike District Governor Zafer Sağ and local administrators and made a presentation on the scope of the project. 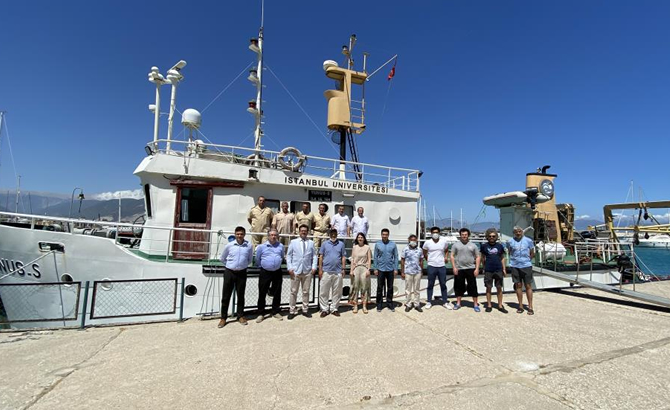 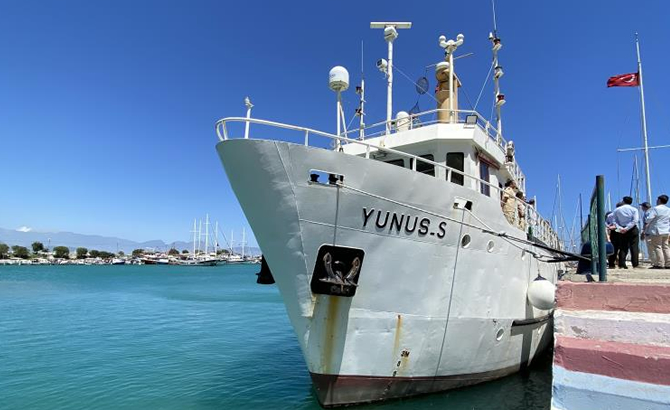